Sacramento's animal shelter asked for $100,000. It got much more

More than 60 percent of lost dogs and cats in Sacramento never make it back home.

That heartbreaking statistic lit a fire under staffers at the city's Front Street Animal Shelter. They developed an automated text messaging system that they believe has the potential to reunite pets and their human companions across the country, and they introduced it at a national Humane Society of the United States meeting recently in Kansas City.

Their payoff? A $250,000 investment from America's largest animal welfare organizations. The shelter will use the money to roll out the program, called Lost2Found.

It was the biggest cash award given in Petco Foundation's "Innovation Showdown" at the Animal Care Expo in Kansas City. The "showdown," presented live on Facebook in the style of the popular television show "Shark Tank," drew more than 200 contestants from across the United States and beyond.

Front Street was one of three finalists for a total of $350,000 in award money. The other two were HeartsSpeak, a national group that uses art to draw attention to shelter animals; and St. Hubert's Animal Welfare Center, a rescue organization in New Jersey.

They told the judges that two out of three lost pets in Sacramento never are reunited with their owners, often because people lack details about how to track down their pets.

They might check their local shelter once or twice, or post fliers. Then they give up. Shelters fill with those dogs and cats, and "the situation is not sustainable," Hinderman said.

Once Lost2Found is up and running, pet owners whose dogs or cats are missing can text the word "stray" to a six-digit number. They quickly will receive links to help them locate their dog or cat, along with tips and videos. Subsequent messages will encourage them to keep looking, and offer more suggestions.

Front Street also has designed a refrigerator magnet that it plans to send to every resident of Sacramento, listing resources for locating lost pets.

The system will reduce the time that pets spend in shelters, and save facilities money, the Front Street team said. The judges seemed particularly impressed when Hinderman and Mann said Lost2Found can easily be duplicated by shelters across the country. The Sacramento shelter asked for a minimum of $100,000 for the project.

Mann and Hinderman leaped into the air and cheered when Galaxy announced the panel's decision to award $250,000 to Front Street.

"It was a big ask," said shelter manager Gina Knepp. "But we do believe that this is going to help people find their lost pets, and that's what we're about."

She said Lost2Found should be fully operational by July 1. 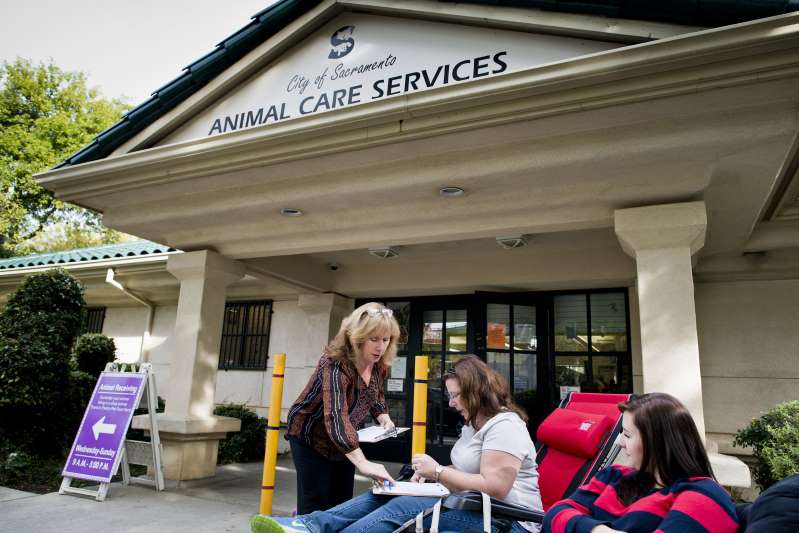