Police investigate how a handgun ended up in driver’s bumper

This Wednesday, May 23, 2018 photo provided by the Washington State Patrol sh...

Talk about gunning the engine.

Authorities say a driver near Tacoma, Washington, saw an object strike the front of his car during his evening commute Wednesday. When he stopped for gas 18 miles (29 kilometers) later, he discovered it was a handgun.

The weapon was embedded in his bumper, barrel-end first, with the trigger sticking out just below the driver’s-side headlight.

Washington State Patrol Trooper Guy Gill says the driver notified troopers, who recovered the gun, which was missing its magazine. Gill calls it a “completely bizarre way to recover a weapon.”

The driver didn’t know whether the gun came from an overpass or another vehicle.

Lakewood Police Lt. Chris Lawler says the department is investigating whether it was linked to a nearby fight where shots were fired. 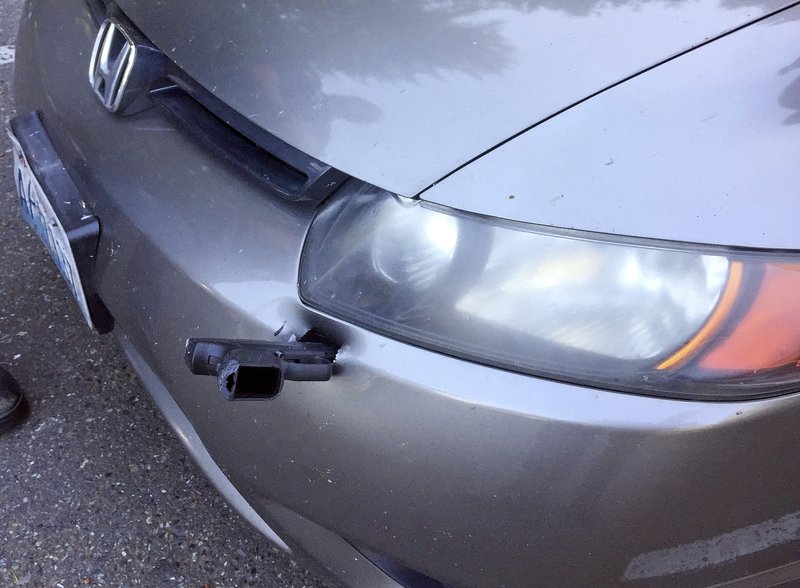