A stunt actor in the film "Black Panther" is being praised by authorities after donating $700 to a family who had been robbed of their rent money.

Tony Todd, hailed as a "real hero" by authorities, donated the money after the robbery Monday at a local Lancaster, Calif., business. The robbery took place during a dispute between patrons, according to the Lancaster Sheriff's Station.

The argument had escalated, resulting in several family members being assaulted and one woman having her wallet taken. The $700 had been earmarked for the family's rent, authorities said.

News outlets reported that the brawl was caught on video at a 7-Eleven. It was unclear what sparked the argument. The family earns a living selling fruit out of their truck, according to media reports.

The story had been reported by various media outlets, authorities said, and caught the attention of Todd, a stunt actor with the Border Tribe in the movie "Black Panther." He was "so moved by the family's story" that he decided to donate the money, authorities said.

"It just really touched me to think that the young lady was selling fruit for a living and she was feeding a family of five," Todd said in an interview with KTLA. "I just told myself I needed to do something about that."

Todd drove from Santa Monica to Lancaster to give the money in person.

"While Mr. Todd and other actors may portray heroic characters on screen, it is people like him who show us every day that there are real heroes among us," the Lancaster Sheriff's Station wrote in a statement. "Thank you, Mr. Todd, for being a role model for our community."

KTLA reported that two women have been arrested in connection with the attack and investigators are still looking for two more persons of interest. 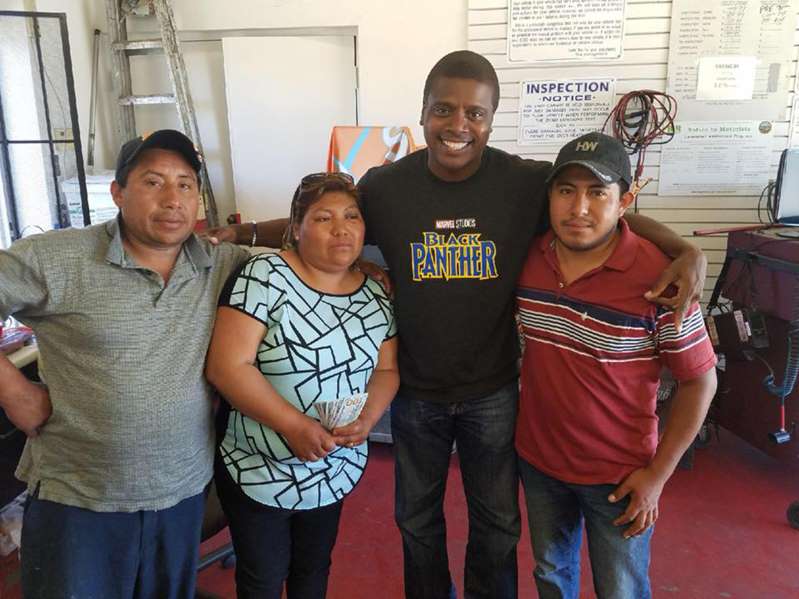