© Provided by Hearst Television, Inc. From, WLWT Cincinnati About three dozen new recruits just finished up their time in the Cincinnati Pol...

About three dozen new recruits just finished up their time in the Cincinnati Police Academy.

They have been sworn in as Cincinnati's newest officers, but before they ever put on the uniform they are doing a very different kind of work.

This week they are spending time giving back to the community through service work.

They are spending time focusing on the service part of protecting and serving.

Tuesday, they worked to weed a vacant lot in Avondale and put a fresh coat of paint on the facade of one of the buildings along Reading Road.

"To me, it feels really good, because growing up, a lot of my friends, even myself, we didn't really know what to think about the police," Officer Genesis Steele said.

Steele grew up in Avondale, and soon she'll be patrolling the streets of the same neighborhood.

After wrapping up 28 weeks in the police academy, they are ready to go to work.

"To see that I have actually made it to this point and I can help and change what people think and how people view the police, it feels really good," Steele said.

The new officers already have their assignments in one of the city's five districts.They'll report for work May 27 and spend the next 13 weeks working with a field training officer. 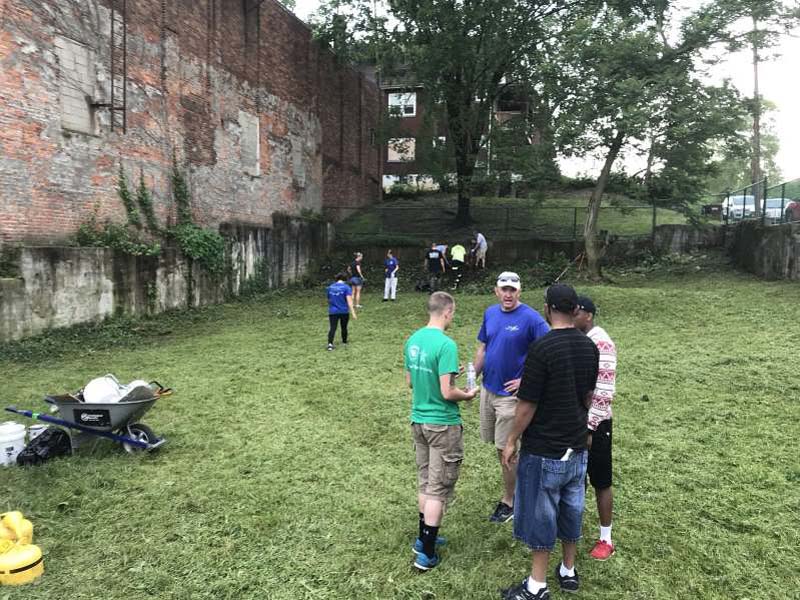