Mom and Daughter Graduate From Florida International University Together

© Provided by CBS Interactive Inc. Mom and Daughter Graduate From Florida International University Together Form Inside Edition Staff A Fl...

A Florida mom and daughter graduated college together, an experience they will both cherish for years to come.

On May 2, Gigi Bolt, 38, received her master’s degree in public administration from Florida International University. Her daughter, 22-year-old, Katherine Bolt, was right behind her to receive her bachelor's degree in political science.

Gigi Bolt, who had Katherine when she was just 16, said she never stopped pursuing her education.

"We really have grown up together,” Bolt told InsideEdition.com.

In 2012, Bolt received her own Bachelor’s degree from the same school.

Bolt said she took Katherine with her to some of undergrad classes when she didn't have anyone to watch her.

But, when the mom thought about going back to school to get her Master’s degree, she decided not to do so until Katherine had graduated high school.

“When she was looking at schools she got accepted to FIU. She decided that’s where she wanted to go,” Bolt said.

In 2015, Bolt started her own Master’s degree at the school but the pair never thought they’d graduated together.

“I was going at night part-time, working full-time,” Bolt said.

When Bolt’s mom died last year, she even thought about quitting. But, the mother and daughter banded together to keep going.

“We studied together and pushed each other,” Bolt said.

The pair found out in the fall that they would graduate together.

The university even sat the mom and daughter together during the ceremony for the special occasion.

“It was amazing,” Katherine said. “We always say that we do everything together. So it was fitting that we graduated together.” 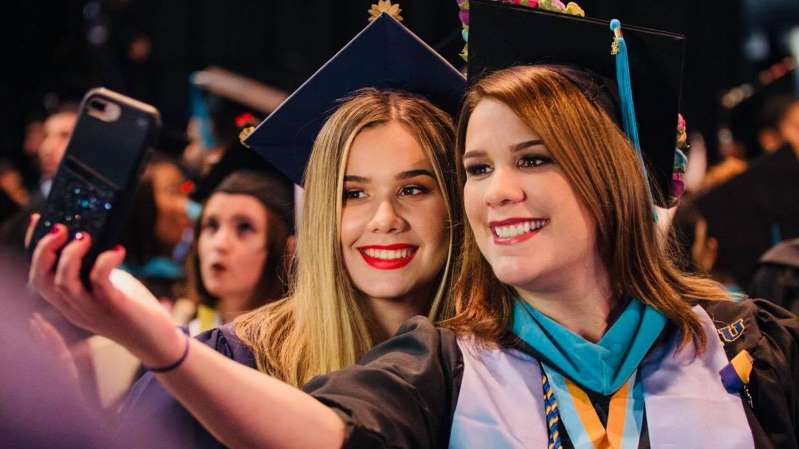