© Provided by CBS Interactive Inc. The man seated next to Jessica Rudeen on a flight helped her calm her kids. By Caitlin O'kane , CB...

An Arkansas mom says her first trip on an airplane with her two kids started out in a panic, but ended in with a heartwarming story of kindness. Jessica Rudeen was flying alone with her 3-year-old, Caroline, and her 4-month-old, Alexander, on an American Airlines flight from Arkansas to North Carolina, with a layover in the middle.

Rudeen didn't have time to feed the baby before the flight and says he began screaming as they boarded the plane. Shortly after her son began crying, his toddler sister threw a temper tantrum, as kids often do.

"My 3 year old, who was excited before boarding the plane, lost her nerve and began screaming and kicking 'I want to get off the plane! I don't want to go!' I honestly thought we'd get kicked off the plane," Rudeen wrote on Facebook after the trip.

As Rudeen tried to calm her children down, the passenger seated next to them stepped in to help.

"With two kids losing their minds, I was desperately trying to calm the situation," she wrote in the Facebook post. "This man reached for the baby and held him while I forced a seatbelt on Caroline, got her tablet and started her movie. Once she was settled and relatively calmed, he distracted her so that I could feed Alexander."

Rudeen says the man played with her daughter during the whole flight to Charlotte.

"During the flight, he colored and watched a movie with Caroline, he engaged in conversation and showed her all the things outside. By the end of the flight, he was Caroline's best friend. I'm not sure if he caught the kiss she landed on his shoulder while they were looking out the window," she wrote.

In a fortunate coincidence, the man had the same connecting flight as the Rudeens. When they landed in Charlotte, he walked them to the next plane heading for Wilmington, North Carolina. He told Rudeen she reminded him of his wife, who once had a similar incident with their two sons and a kind stranger stepped in to help.

Once on the next plane, the man even changed his seat so he could sit with the family. After the kind stranger and the family parted ways at the airport in Wilmington, Rudeen posted about him on Facebook, asking people for help in finding him. All she knew was that his name is Todd and he lives in Lenexa, Kansas. She also knew one of his sons attended University of Arkansas.

My first flights with an infant and a toddler started out with a little panic when we boarded the plane. My 4 month old...
Posted by Jessica Rudeen on Saturday, April 14, 2018

Through the power of social media, Rudeen was eventually able to reconnect with Todd. "Update! I've been connected with his wife and hoping we can get together soon!" Rudeen added to her Facebook post.

"I am blown away by God's hand in this because we could have been placed next to anyone, but we were seated next to one of the nicest men I have ever met in my life," the grateful mom wrote. 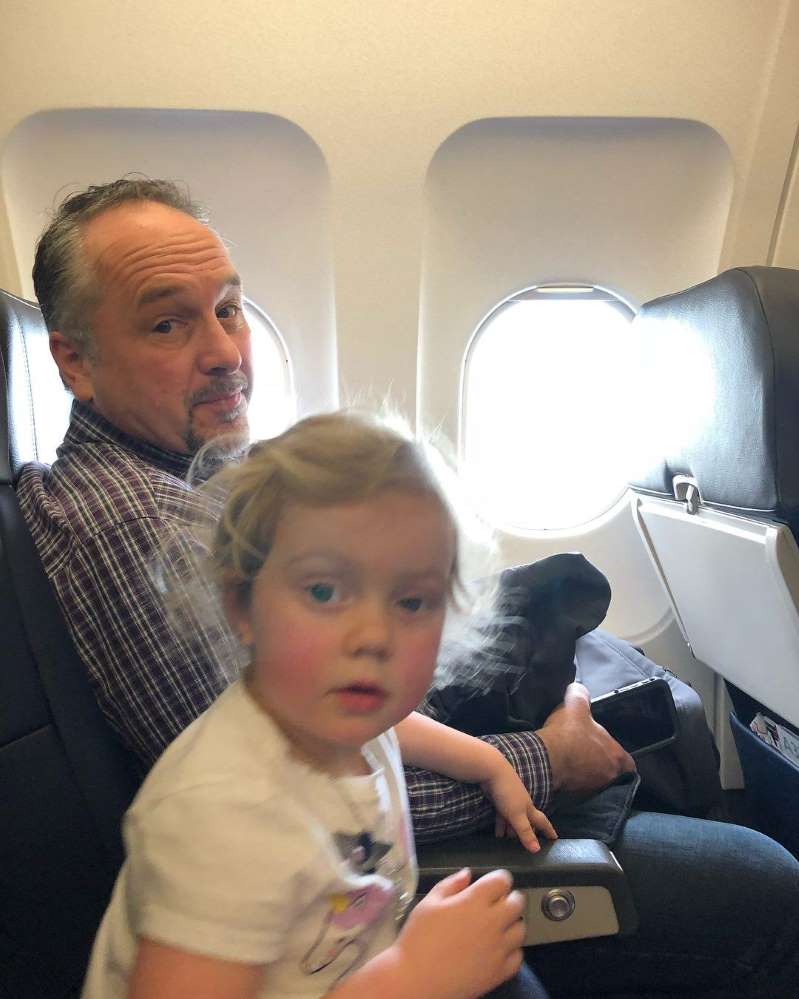