Louisiana Man Wins $200,000 After Saving Lottery Ticket From the Trash

© Provided by CBS Interactive Inc. Louisiana Man Wins $200,000 After Saving Lottery Ticket From the Trash From Inside Edition One man’s t...

From Inside Edition
One man’s trash is another man's lottery winnings.

Bryan Cureington said one of his family members threw away a Make My Year lottery ticket, assuming the $10 ticket hadn't yielded any winnings.

But when 35-year-old Cureington from Monroe, La., went through the garbage just to double check, he discovered the ticket was a $200,000 top prize winner, according to the Louisiana Lottery.

The ticket, purchased from local store Muse Food Mart, was one of the game’s top four prizes.

After state and federal tax withholdings, Cureington will take home $142,000 in lottery winnings.

Cureington isn't the only one to nearly miss out on a huge prize.

Last month, Kennet “Kenny” McGuire told a gas station clerk to throw away his Powerball ticket because the attendant told him he "couldn't cash it," Missouri Lottery officials said in a statement.

Turns out, the clerk wasn't able to cash it because the ticket was the winner of a $50,000 prize.

He planned to spend his winnings paying off his debt and taking his family on a much-needed vacation to Six Flags.

Meanwhile in Macomb County, Mich., a man recovered a Multiplier Spectacular ticket his wife nearly threw in the trash after he gave it to her for her birthday.

In fact, the couple, who chose to be anonymous, had won a $2 million grand prize.

“We don’t consider ourselves to be lucky, so this was a nice surprise,” the husband said in a statement to Michigan Lottery officials.

The couple accepted $1.3 million in lump sum and said the money would go toward sending their children to college. 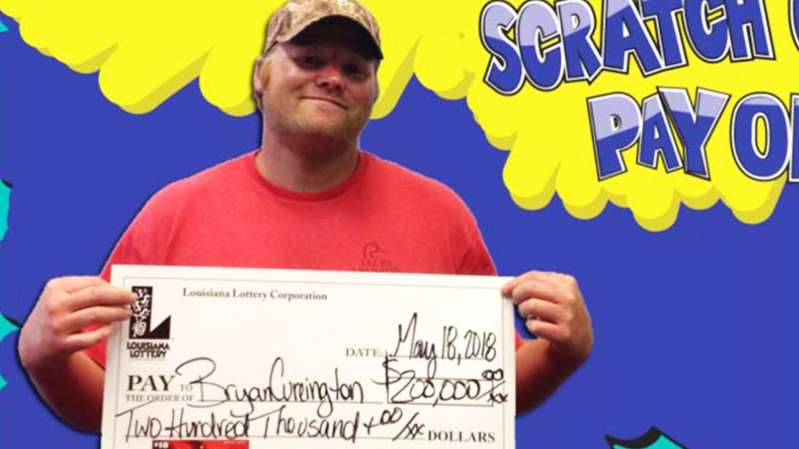