Lost Dog, 12, Is Reunited with Mich. Family 4 Years After Going Missing: 'Thought It Was a Prank'

A Michigan family got the ultimate gift four long years after losing their dog: her safe return.

Bambi, who is now about 12-years-old, was found by a police officer last Friday wandering around Toledo, Ohio — which is over 100 miles away from Lansing, Michigan, where the canine had originally gotten lost. Bradley Wieferich told local Toledo paper The Blade that he couldn’t believe the good news about his dog.

In fact, when he first got the call from Lucas County Canine Care & Control — which retrieved his information from Bambi’s microchip — Wieferich “actually thought it was a prank call,” he told the newspaper.

When Bambi was first brought to the shelter, community outreach coordinator Laura Simmons-Wark told the Associated Press that “She was very thin, but very sweet.”

In a statement shared on social media, the shelter pointed out that while there’s no way of knowing “where she’s been the past four years,” the happy reunion likely wouldn’t have been possible if the family hadn’t had Bambi microchipped.

“This is just another great reminder about the importance of microchips and making sure your dogs chip is registered and with current information,” the shelter added. “It’s also a great reminder that if you find a stray dog that they get scanned for a microchip, because they may have a family out there who’s missing them like crazy!”

Wieferich went on to tell The Blade that Bambi, who had been with the family since she was 7 or 8-months-old, had started escaping from their home after the family’s other dog died of cancer. Although the family did purchase another dog to keep Bambi company, they told the outlet she ran away about six months later.

The family performed a thorough search for their dog, but when Babmi didn’t turn up, they assumed she had either died or been taken in by a kind stranger, according to the Associated Press.

Although Bambi’s owner didn’t initially recognize her when he went to pick her up from the shelter last Saturday, according to The Blade, the dog soon let out a howl he remembered well.

“She was ready to come home,” he told the outlet, adding that although many years has passed, the dog is settling back into their home “better than expected.” 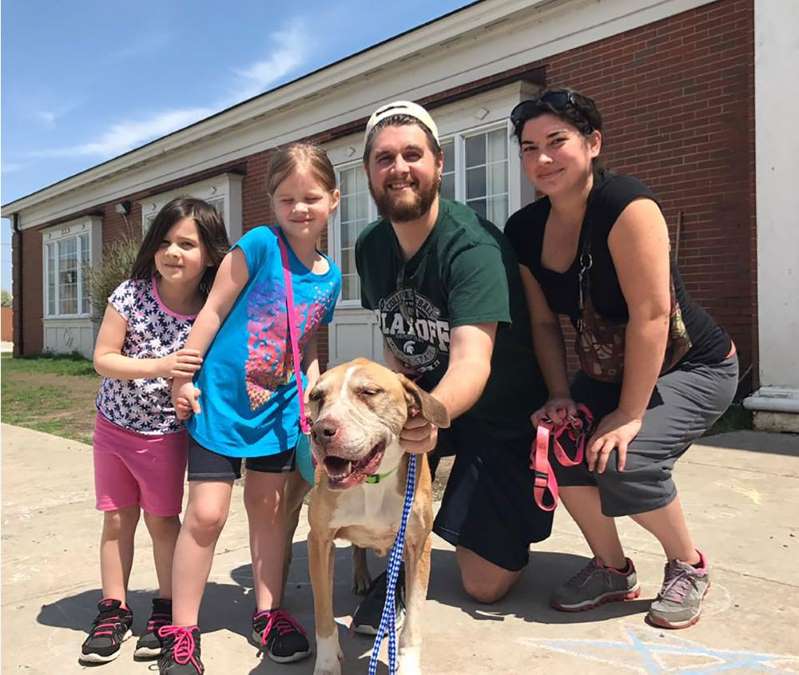