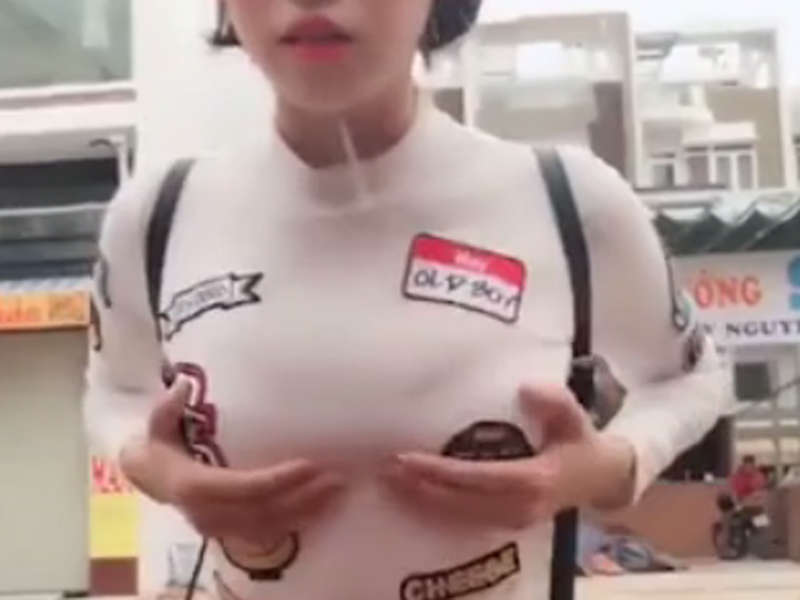 A woman was left red-faced after she was caught adjusting her bra and picking her nose using the reflection of a tinted window.

Hilarious footage shows the Vietnamese woman checking herself apparently not knowing there was anyone in the vehicle.
The video clip shows the woman fiddling with her bra under a white top.

Wearing heavy make-up, the lady is also seen picking her nose mostly likely before a big night out.

However, she is left stunned when the motorist pulls down the window of the parked car.

After realising she was being watched, and filmed, the woman runs away.
Filmed in Ho Chi Minh City, Vietnam, the viral clip and has been viewed widely on YouTube.

The video description reads: “This girl was surprised to find the car occupied.”

But some viewers believe the video was staged judging by the girl’s over-the top behaviour and reactions.

One wrote: “The window isn't even tinted enough.”

Another said: “Fake or not it's still funny.”
Watch the Video: