© Provided by TIME Inc. By Kelli Bender , People The Kecskes family knows now that an issue with a gas boiler in the basement of their home ...

The Kecskes family knows now that an issue with a gas boiler in the basement of their home caused a potentially fatal carbon monoxide leak.

They lived to learn this information thanks to a tiny, unlikely hero: family cat Mr. Boo.

According to WKRC, black-and-white Mr. Boo is often the silent type, but on Tuesday morning, he had something to say.

“I woke up to my cat meowing. He never meows. He usually just squeaks or doesn’t meow at all. It’s actually kind of a joke in our family,” Ariana Kecskes told WKRC.

The rescue feline, which the family adopted about seven years ago, was letting them know something was wrong and they needed to take action.

Kecskes said the cat continually walked up and down the halls meowing, acting like he wanted the family out of the house. Mr. Boo reportedly even passed out a few times during his efforts to rouse the family, continually fighting off the effects of the carbon monoxide to save his loved ones.

“It’s like he’s been waiting his whole life to do this one heroic thing,” his owner adds.

Eventually, the Kecskes family heeded Mr. Boo meows and got out of the house, making sure to take the heroic feline with them.

Thanks to the kitty’s quick thinking, and the Kecskes following his advice, everyone in the house, including Mr. Boo and the family’s other cat, escaped without injury.

In response to this near death experience, the Kecskes are getting their gas boiler professionally serviced and they are also stocking up on carbon monoxide detectors, so Mr. Boo hopefully won’t have to be a hero again. 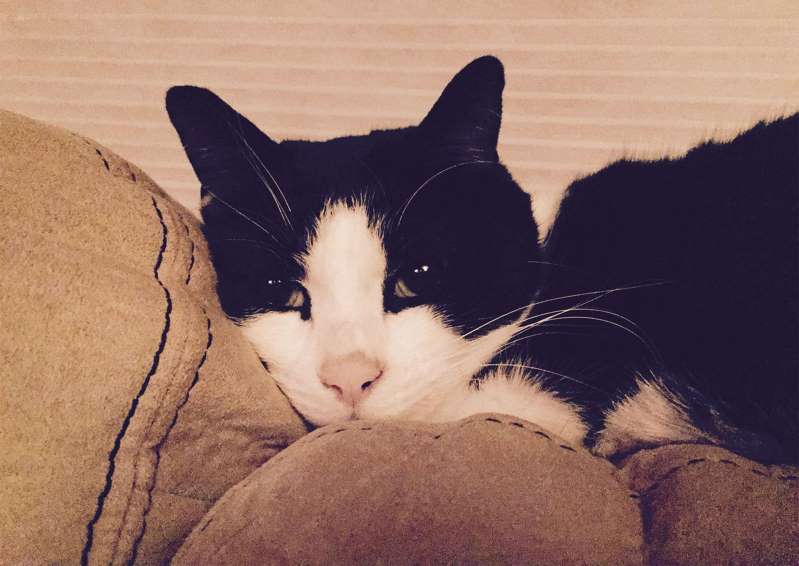