Associated Press
ARGENTINE TOWNSHIP, Mich.
Two girls have found what authorities say is a World War I-era practice bomb while swimming in a lake in Michigan.

The Flint Journal reports that 10-year-old Paige Burnett and 9-year-old Sage Menzies were searching for items below the surface of Lobdell Lake Tuesday when Paige felt something unusual.

The girls and Sage’s mother dragged the 3-foot-long (1-meter-long) mystery find from the murky water. Paige says they were excited at first, but then got worried. She says she was “so scared” it might explode.

The lake is in Genesee County’s Argentine Township, about 45 miles (70 kilometers) northwest of Detroit. Township police Sgt. Douglas Fulton says the Michigan State Police’s bomb squad came out and drilled a hole in it, but “nothing but mud came out.”

Information from: The Flint Journal, http://www.mlive.com/flint 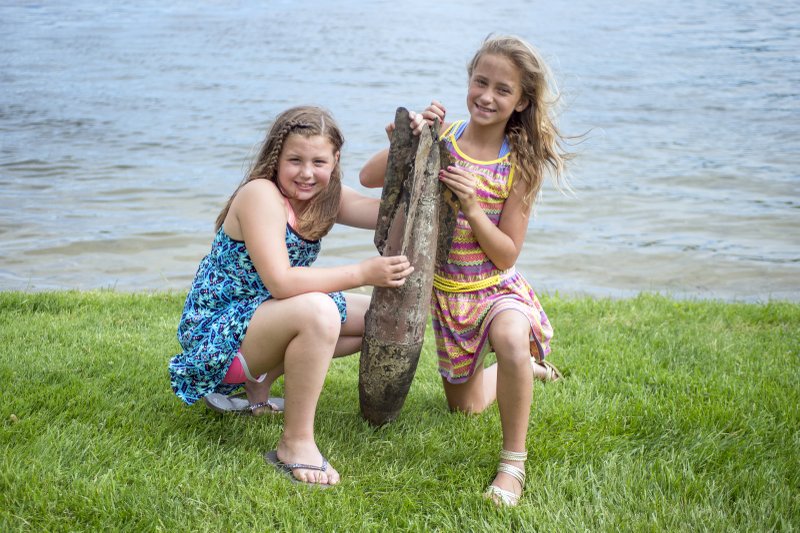