German police bring in crane to get 5 buffalo off autobahn

Associated Press
BERLIN
Police called in a crane to lift five fugitive water buffalo off a highway in western Germany during an operation that lasted about nine hours.

News agency dpa reported that the buffalo, including two calves, escaped from a field Sunday night and walked onto the A3 highway near Leverkusen. The road was closed temporarily.

Police said they initially corralled the animals using two trucks and several patrol cars, but weren’t able to get them off the road.

A zoo vet was brought in to tranquilize the animals before they were lifted. One bull that had got stuck in a crash barrier had to be freed, but was unhurt.

A Cologne fire service crane removed the animals from the highway. They were taken back to their field. 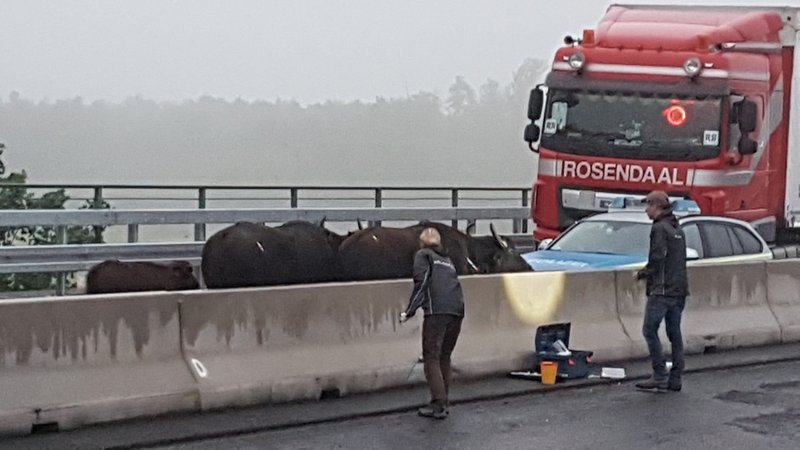