A baby who was turning blue from choking is back safely in her grandmother’s arms thanks to a Georgia police officer who knew exactly what to do.

Sergeant Nick St. Onge of the Marietta Police Department was on duty earlier this month when he responded to a call about an infant who had stopped breathing after taking a bottle.

“During my drive there, I’m reviewing in my head the CPR training I’ve received,” St. Onge told InsideEdition.com. “What am I going to do when I get there? I’m kind of developing a mindset, a game plan for how I envision things going.”

But the moment he arrived on the scene and was handed 2-month-old Zeona, who was barely responsive, he knew immediately what to do.

“The training I had just kicked in, and I just went to work,” he said. “I started doing back blows and chest compressions.”

Several minutes later, he heard the baby let out a small cry.

It was “just this half cry from the baby, who up until that point hadn’t made a sound,” he said. “Right as the fire department was pulling up and EMS was pulling up, the baby started coming back around and started to cry a little more.”

The infant is recovering well from the ordeal, and St. Onge said it was all thanks to the fire department, emergency responders, and Zeona's grandmother, Kianna Dorsey, who remained surprisingly calm during the incident.

“She really kept everybody calm, and she was very calm herself,” he said.

St. Onge also took the opportunity to remind everyone to get CPR training. 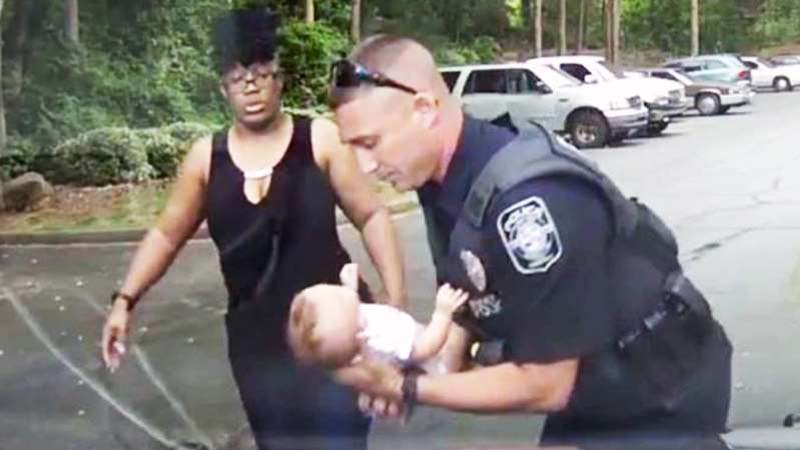