Amanda Miller had just started making dinner when she noticed her 17-year-old son, CJ, was missing. She left the teen with autism "content" in her room watching YouTube videos as she boiled water.

Three minutes later, when she went to check on the boy, she saw a window open with the screen popped out. The concerned mom from Jacksonville, Florida, went into panic mode, running out to her backyard to see if CJ's father saw him leave.

"We had no idea which way he had gone," Miller told Fox News. "Our biggest fear seems he has no fear of the dangers of a moving car."

CJ's dad took off in his car and Miller started on foot, circling the neighborhood in hopes of finding the teen, who is non-verbal.

"He struggles to communicate with us in his everyday life," said Miller, adding that she constantly keeps an eye on him. "He is an amazing boy who at 17 can communicate at a 2 to 3-year-old age level."

Local police joined the parents in their search, dispatching a description of CJ to officers.

A woman found Miller's cell phone near a creek on the side of the road and called the mom. CJ apparently took it with him.

"Our panic got much worse as we were worried he may have gotten attracted to the water," Miller said. "His father went to the bridge at the creek and was down by the water searching for CJ's footprints."

Miller waited with police at a nearby Home Depot as they took over the search — ready to deploy a helicopter and release K-9 officers.

At the 2-hour mark, police got a call from Good Samaritans Susan Bolton and Jason Gaston, who informed officers they found a special needs boy "dodging" cars in the middle of Interstate 295 in Jacksonville.

"[CJ was] wandering in the highway looking up at the sky without a care in the world," a GoFundme page to raise money for the family described in a post. "[Gaston] witnessed a truck almost hit the child doing 70 mph and he went into survival mode."

The pair both stopped their vehicles to block traffic in order to save the teen. Bolton escorted the boy back to her van while Gaston reported the incident to local police, who arranged for CJ to be transported home to reunite with his parents.

"He was delivered to us safely and we were more than relieved," Miller said. "We were shocked to find out the horrifying details and the many close calls that CJ had with traffic."

When Miller opened the police door, she asked CJ where he was going.

"He loves Disney World had been asking for Orlando for weeks," Miller explained.

Since the incident on April 18, Miller said she personally reached out to Gaston and Bolton to thank the "heroes" for saving her son.

"It's all about awareness and kind hearted heroes that I can say are now our family," Miller said, adding that she's planning to purchase a GPS device to track her son's whereabouts as well as installing alarms on all of the windows inside of her home. 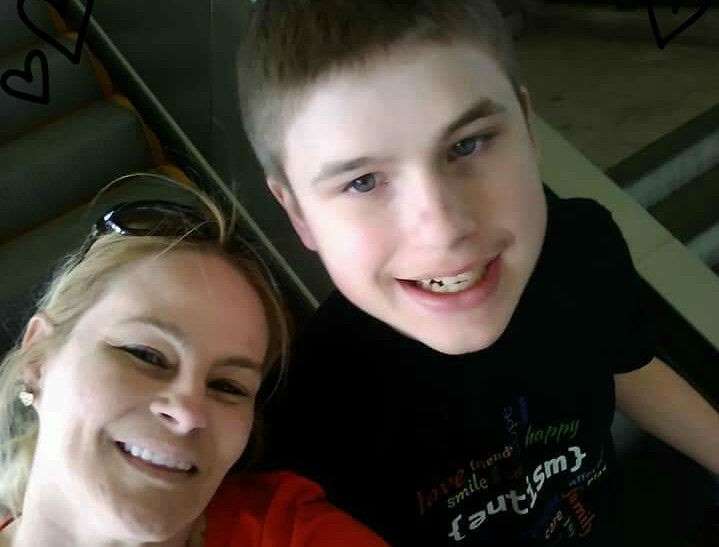