Florida police officers made it an unforgettable night for several special needs students when the cops rocked the dance floor and got “turnt up” at a high school prom Saturday night.

Boynton Beach police officers attended the prom with several students at John I. Leonard High School in Greenacres, Fla. Scott Harris, a retired officer of the Boynton Beach Police Department, told WPTV he wanted to give the students the high school experience they deserve.

"We came up with this idea of having these students come to the prom since they wouldn't have the opportunity if we didn't take the chance and bring them here,” Harris said. “My wife is a teacher at John I. Leonard and teaches these students."

He added: "They are awesome kids and now they are mingling with the other kids, doing the same thing that kids that don't have disabilities are doing."

The police department posted several photos of the photo-op between the students and their "dates." Donning corsages and boutonnieres, the group arrived at West Palm Beach’s Kravis Center for the prom and was ready to dance the night away. A video showed officers dancing to Big Sean’s “Bounce Back.”

“This prom is turnt up!!! #bbpdgoestoprom,” the department wrote in a post.

“As much as tonight means to these students, it means the world to us to be able to escort them to their prom. We are full of #bbpdpride!” another post read. 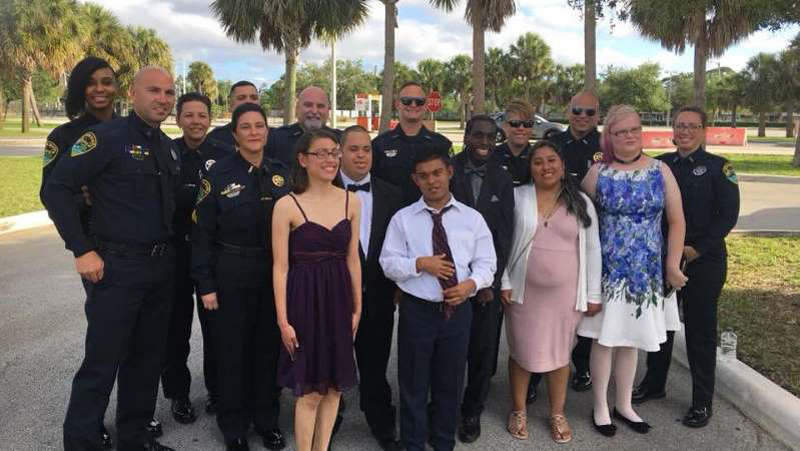