Deputy Jeremie Nix of the Marion County Sheriff's Office recently reunited with the mother, Nechole Crowell, and her 3-month-old son, Kingston, for the first time since last week's extraordinary rescue.

The grateful mother gave the officer a giant hug as soon as they saw each other.

"I am forever grateful," Crowell told Inside Edition. "He was my baby's guardian angel on earth."

Last week, Officer Nix was on his way home when he heard horns blasting. As he looked toward the noise, he saw a white Hyundai in the opposite lane, where two women were frantically trying to get his attention.

"My baby's not breathing!" Crowell screamed.

Deputy Nix pulled over and rushed to help. He took the stricken youngster and dropped to his knees, frantically trying to save the boy's life.

"I couldn't find a heartbeat — I couldn’t tell if he was breathing at all," he recalled. "I gave him a couple of quick chest compressions, which in turn got him to gasp one time for air."

Deputy Nix realized he had to get moving, and could not wait for an ambulance to arrive. He told the dispatcher that he was headed to the emergency room with the infant.

He raced to a nearby hospital and pulled up at the hospital.

“I had so many emotions — I actually broke down while we were in the ER — and he said, 'I’m gonna make sure they save your baby,'" Crowell said.

The doctors saved Kingston and Nix gave the worried mom the good news.

“A few minutes later he came back to tell me he was breathing and he was crying,” she recalled. “It was God and Deputy Nix who saved his life.” 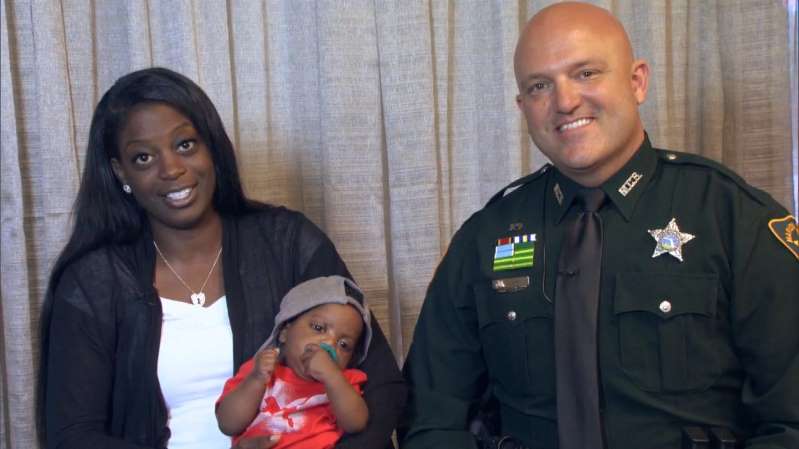