Dog was missing for more than a week. Then his whimpering was heard from a drainpipe 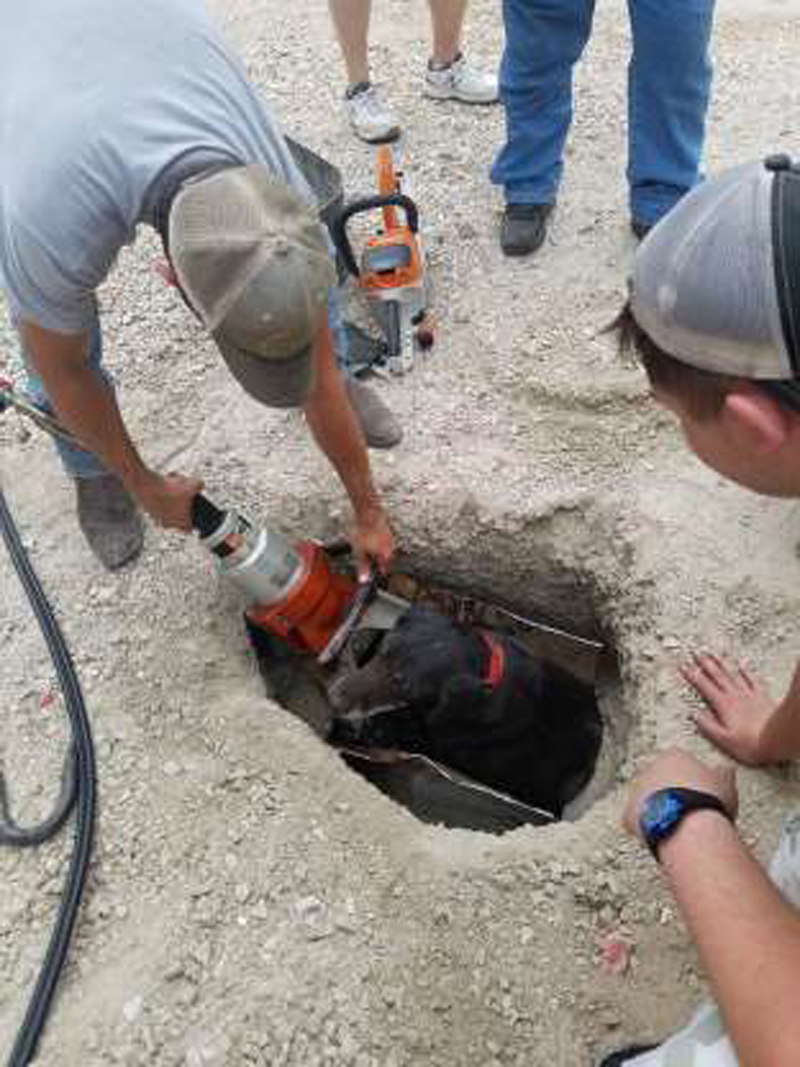 A dog named Jack got stuck in an underground pipe in southwest Missouri and was there for days - as many as eight - before he was rescued by firefighters.

Jack's owners told the local fire department that the dog had disappeared more than a week ago - until when one of them heard whimpering while checking the mail, the Springfield News-Leader reported.

"Crews responded to the needs of this fine dog, Jack," the Central Taney County, Missouri, Fire Protection District wrote on its Facebook page. "Jack decided to get himself stuck in a culvert (possibly) 8 days ago."

The firefighters said they found Jack in the middle of the 15-foot pipe under the owners' gravel driveway.

It's unclear how he ended up there.

"Hey, Jack?," a volunteer says, pointing a camera in the pipe.

Curious, and a little sad-looking, the dog turns toward the volunteer.

"You about ready to get out of there?"

After some digging, firefighters used a saw to cut into the culvert to help free the poor pup.

Volunteer firefighters and bystanders are heard in a video clip trying to lift the dog's spirits.

"Come on, baby. Come on. We're going to get you out," a woman tells the dog, petting his head.

Jack was weak. He needed a little help getting out through the hole, the fire department said. But, as KOLR 10 reported, it looks like the 12-year-old Lab mix will be OK, despite being stuck.

He was given some water and a minute to rest, the fire department said, before his family took him home "to his favorite bed."