A Maryland college student is being hailed as a hero after saving a woman from her burning home in Anne Arundel County Wednesday.

Family was back at the home Thursday to clean up and go through some of the things inside.

This could have been much worse, if not for the help of a stranger walking by.

The charred facade of Gail Johnston’s Glen Burnie home is hard to miss when driving by, but it’s what happened at the back door Wednesday afternoon that has plenty of people calling Tre Williams a hero.

“I yelled to the fire department, ‘Somebody’s in the house,'” Williams said. “But it was loud, like the sirens, and there was a lot of cars driving by.”

The college student was walking home from class when he noticed smoke in the air and a fire brewing at the home on Quarterfield Rd.

Then he realized the 80-year-old woman inside needed his help.

“So at that time, that’s when I jumped over the fence and went in and opened the door for her. She was struggling to get the door open,” Williams said.

He helped Johnston to safety as fire crews tamed the flames at the front of her longtime home.

She calls Williams’ heroic rescue the act of a real-life guardian angel.

“So he just happened to be here,” Carleen Perez, Johnston’s daughter, said. “I believe the Lord put him here for that reason. He was impressed to do it, and he did it.”

Johnston is now recovering at her daughter’s home.

Williams says he was acting on pure instinct and living out the values his mom taught him as a kid.

“I keep telling everybody, I don’t think I’m a hero or anything,” he said. “It’s just, I did something I wish anybody else would have done.”

Johnston’s family met Williams Wednesday. They gave him a big hug and were able to tell him thank you, and tell his mom — who is very proud — just how thankful they are.

Anne Arundel County Fire Department officials say the fire originated in a mulch bed and was caused by smoking materials. 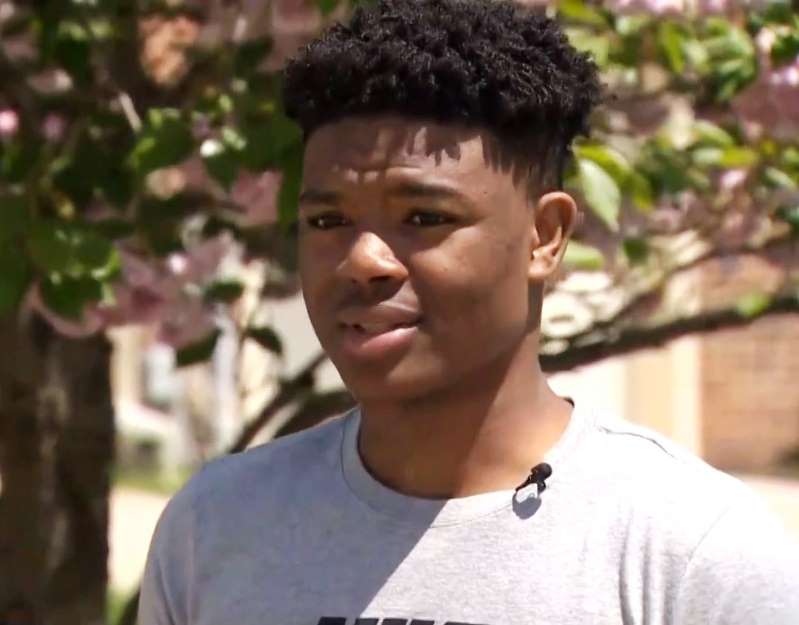