Bizarre Trampoline Dispute Turns Into Opportunity To Pay It Forward

By CBS Denver THORNTON, Colo. Russell Cordova has had an interesting few weeks to say the least. It all started when his trampoline blew int... 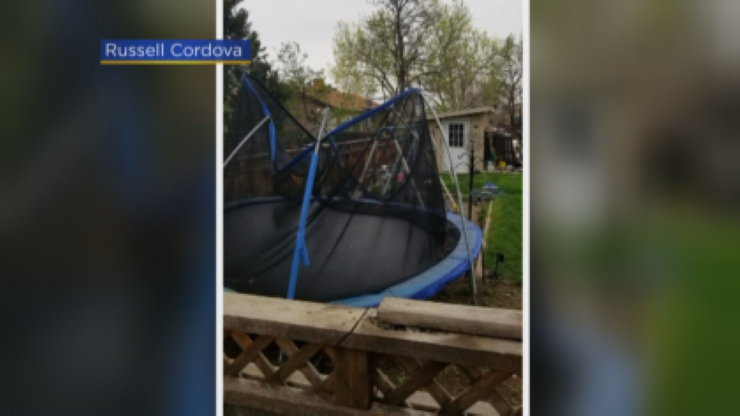 Russell Cordova has had an interesting few weeks to say the least.

It all started when his trampoline blew into his neighbor’s yard earlier this month, and the neighbor wouldn’t give it back.

Cordova’s story made national headlines and the outpouring of support has been overwhelming. Strangers gave his family not one, but two trampolines. With an extra one, he wanted to pay it forward.

“It’s a perfect example for us as parents to show our kids an example of what it looks like to give back and to turn a negative situation into a positive situation,” he told CBS4.

Cordova’s family has since made friends with Leslie Hinman, a 15 year old who goes to their church. Hinman hasn’t had the easiest life, so it’s fitting these two have found each other.

“Leslie was in the back seat and looked over and said ‘I always wished I had a trampoline,’” said Cordova.

On Monday, Cordova was at her house installing the trampoline.

“I love it. It’s really a great experience, and I’m glad they helped us out with that. We haven’t known them for barely a month, and they’ve been super caring, and they make us feel like family,” Hinman told CBS4.

Cordova never did get his trampoline back, but now, that doesn’t matter.

“For it to be able to bless somebody else, give them years of memories… that’s what counts. For us that’s what it’s all about.”