Avalanche Survivor Brock Crouch's Final Thoughts While Fighting to Stay Alive: 'This Could Be It'

By Johnny Dodd , People Avalanche survivor Brock Crouch still remembers the “cracking” sound the bones in his back made as he was swept down... 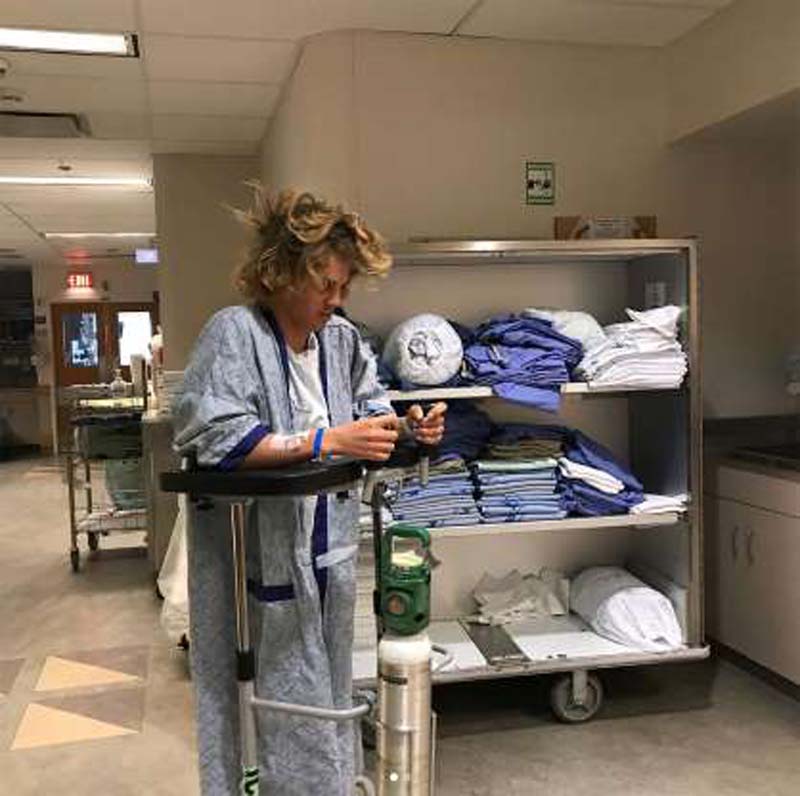 Avalanche survivor Brock Crouch still remembers the “cracking” sound the bones in his back made as he was swept down a mountain by a wall of churning snow in remote British Columbia.

“I remember thinking, ‘It sounds like my back is breaking,’ ” Crouch tells PEOPLE from his parents’ home in Carlsbad, California.

His back was breaking — in three places. Yet, Crouch miraculously survived his brush with death on April 22. “I’m one of the luckiest human beings in the world to still be here,” he says.

The 18-year-old Crouch, whose tale of survival made headlines around the world, was in the remote mountains near Whistler, British Columbia, filming a documentary when his worst nightmare came true.

It was perfect day and the group of four riders had spent the morning shredding through the deep powder, then hopping aboard an awaiting helicopter to whisk them back up the mountain. In the seconds before the avalanche hit, Crouch was standing on a cornice, eyeing his next run.

“I was strapping on my board when I suddenly heard this big noise that sounded like thunder,” recalls the pro snowboarder and surfer who narrowly missed qualifying for the 2018 Winter Olympics.

The next thing Crouch knew, the cornice had cracked and he was being pulled “butt-first” off of a 20-foot ledge, then nearly 1,500 feet down the mountain, carried by the wall of snow.

“I’m a surfer and it reminded me of being in whitewash… only it lasted for about two minutes,” he says. “I usually close my eyes when that happens, so that’s what I did. It was a long ride down. That’s when I heard my back breaking.”

The noise he heard were his T12, L1 and L2 vertebrae shattering. He also knocked out five of his teeth and ruptured his spleen.

But the worst was yet to come.

Once the avalanche deposited the nearly unconscious Crouch at the bottom of the mountain, he knew that his only chance of survival was to try and create an air pocket in the snow that entombed him in order to breathe.

“It was all black, just pitch black,” says Crouch, who was buried head first under nearly five feet of snow. “I just tried staying calm and moving my arm around, but it felt like I was stuck in concrete. I remember thinking, ‘This could be it.’ But then my next thoughts were, ‘I love my family, I love snowboarding and it’ll be a gift from God if I make it through this.’ ”

Crouch was drifting in and out of consciousness by the time the group’s helicopter pilot — who flew to the scene once he heard that the teen had been hit by the avalanche — spotted his snowboard poking out of the snow. He alerted the others in his group of Crouch’s location.

“Everyone started digging and we got his head out of the snow pretty quickly,” pro snowboarder John Jackson told PEOPLE shortly after the rescue. “His first words were, ‘Dude, I went the wrong way.’ ”

Crouch admits that much of the reason he survived is due to the quick action of his rescuers. “When you sign up to do what I do, you have to be prepared and ready for the worst,” he says. “All those guys I was with that day were ready for the worst and that’s why we’re having this conversation today.”

Crouch had plenty of time to ponder his close call while recuperating in the hospital and learned from several of his visitors — who were avalanche experts — that they’d never heard of anyone surviving being buried longer than two minutes and 30 seconds.

Doctors have told Crouch that it’s going to take at least five months for his battered body to heal up and he can finally get back on his snowboard and surfboard.

“They just took my cane away and I’m walking around pretty good now,” says Crouch, who recently stocked up on cans of spray paint and canvasses in order to help pass the time. “I’m going to be laying around the pool, doing a lot of art and keeping it pretty mellow. But that’s okay. I’m alive.”