Attempt to remove goose from baseball stadium ends in chaos

Attempt to remove goose from baseball stadium ends in chaos Associated Press DETROIT A Canada goose settled into right-center field during a...

A Canada goose settled into right-center field during a rain delay at the Detroit Tigers game, and an attempt to remove it ended in chaos.

The grounds crew at Comerica Park in Detroit set off two firecrackers and another member gave chase Wednesday night. The bird tried to escape, but crashed into an LED board on the third deck and fell two levels into the stands.

Video of the goose’s appearance was captured by Fox Sports Detroit.

After several moments, a veterinarian who was attending the game wrapped the stunned goose in a blanket and took it to the concourse, where it was released outside the stadium and dashed into nearby bushes.

After the rain delay, the Tigers went on to beat the Los Angeles Angels 6-1. 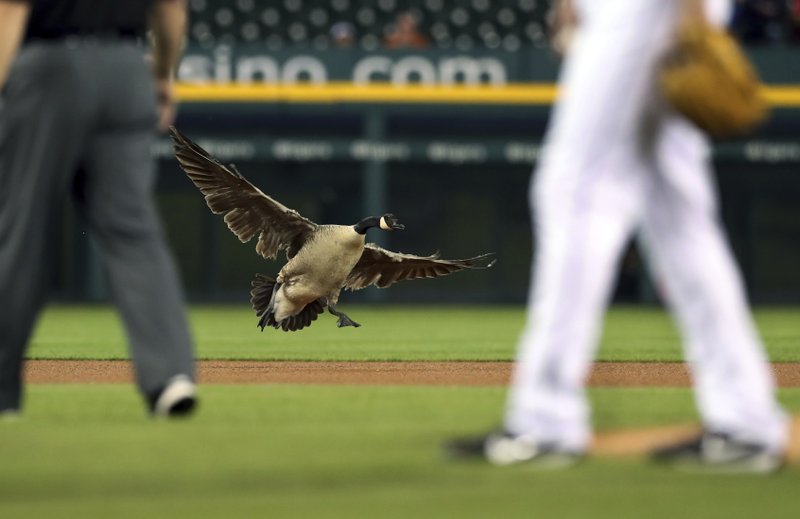