After losing both legs, soldier in famous viral photo recovers with sled hockey

© Provided by NBCU News Group, a division of NBCUniversal Media LLC Image: Hargis salutes as a Purple Heart is pinned to his chest in 201...

When Sgt. Josh Hargis lost both legs to explosions in Afghanistan, he worried about his unborn son.

"There was an internal struggle with me because I didn't know what kind of dad I was going to be," the Army Ranger explained.

Five years after he was injured, Josh is the father of two young boys and his newest goal is to train for the Paralympics and bring home a gold medal for Team USA.

Lester Holt has this story and more tonight as he anchors "NBC Nightly News" live from Denver, Colorado as part of his weeklong "Across America" reporting trip.

Josh, 28, first made headlines in 2013 when, seemingly unconscious in a military hospital, he lifted his hand to salute the American flag as a Purple Heart was pinned to his chest. His wife Taylor posted a photo on Facebook and it went viral.

Although he would go on to make a full recovery, learning to live as an amputee was a struggle for Josh. Things changed when a physical therapist suggested he try sled hockey.

"Once he started playing sled hockey, he started to come out of that negative mindset," Taylor said. "It was less of a downer, because every day he was getting better and better."

Josh had trouble at first — "it sucked," said — but came to find it freeing.

"You really don't have a disability when you're on the ice," he said. "Everything is adapted for us, so we're not restricted by our environment. We get out, we start skating on the ice, and it's just total freedom."

The Semper Fi Fund sponsors Josh with its Recovery Through Sports program, covering expenses for travel, lodging and training equipment. The support allows him to focus on training five days a week without an additional financial burden.

A number of other organizations have helped the Hargis family through Josh's recovery, including the Army Ranger Lead the Way Fund. The organization sent money as soon as it heard about the injuries and is now helping to build the family an adaptable home in North Carolina.

The help means the Hargis family can live their new normal with their two boys, Whalen, 4, and Lowell, 2.

"Our boys have a unique perspective on life and what it really means to live your life to the fullest," Josh said.

His wife believes that the family is exactly where she would've hoped they'd be five years ago. As for the next five years: "Hopefully we'll be living in North Carolina in a house that's built specifically for us and hopefully Josh will be on the Paralympic team and the boys will be in school and playing sports and maybe I'll open a business."

"The possibilities are endless for us," Taylor added. "And that's something we're so thankful for." 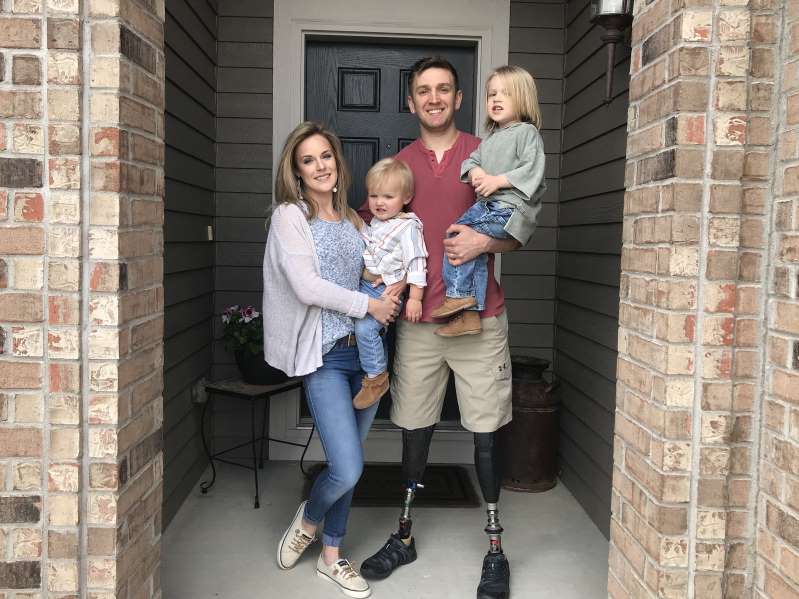