© Provided by CBS Interactive Inc. Austin Perine has made it his mission to hand out food to those who need it By Steve Hartman , CBS New...

America's latest superhero is now taking the country by storm, and people are smitten with Austin Perine and his unique super power -- feeding the homeless.

"It's just the right thing to do," Austin told us.

By day, he's a mild-mannered 4-year-old from Birmingham, Alabama. But about once a week, Austin turns into this alter ego, a superhero set on feeding as many homeless people as possible. He goes by the name "President Austin."

His dad TJ says it all began a few months ago after he taught his son about homelessness. Austin's response was to launch his caped crusade. He now gives everyone a chicken sandwich and the same bit of advice.

"Don't forget to show love," he tells them.

Most do, almost immediately. To think, he puts his entire allowance toward this cause. At least he used to.

Since our story first aired, Burger King offered to give Austin pretty much all the chicken sandwiches he needs. Lots of other people have donated money to his cause, enough money to buy a lot more than meals.

"They like what I'm doing," Austin said when we checked back in with him.

Now, Austin and TJ's new plan is to build a rehab center for the homeless.

"We're going to try and give people jobs and just try to make a difference one person at a time," TJ said.

It's helpful when superheroes come from super parents. 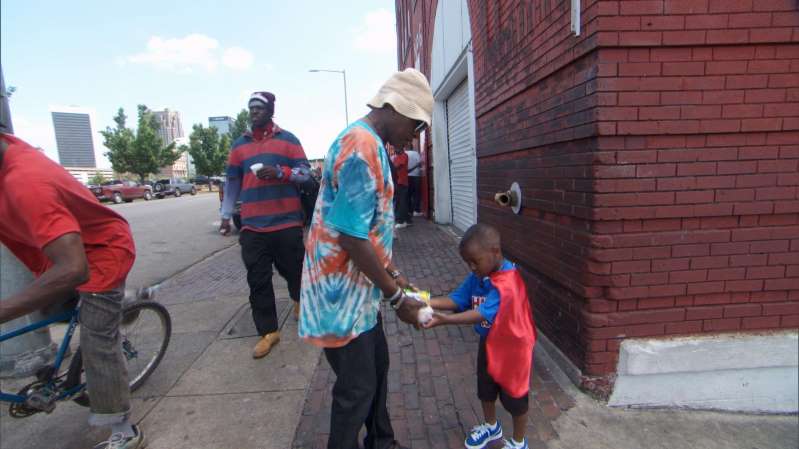