© Charlie Neuman/San Diego Union-Tribune/TNS Senior citizens sit on a truck as they get ready for riding the zip lines at La Jolla Zip… By ...

But his glory was short-lived. On April 6, a 106-year-old Englishman established the new Guinness World Record.

No worries. With the publication of his first book three weeks ago, Quillin may have inadvertently set another Guinness record as the oldest person to publish their first book.

"Did I really?" Quillin asked Monday about the possibility. "Well, imagine that."

Quillin celebrated the release of his memoir Monday by returning to the zip lines at La Jolla Zip Zoom on the La Jolla Indian Reservation. This time, he brought along 14 fellow seniors from the Carlsbad By the Sea retirement community, where he has lived since 1998.

Among them was first-time zip-liner Tom Gordinier, president of Carlsbad By the Sea's residents association. Quillin is the oldest resident of the 200-person community. Gordinier describes his friend as active, independent and always up for doing "crazy things."

"He's the leader of the derring-dos," Gordinier said.

Quillin's 90-page autobiography is titled "Life in the Dash," referencing the punctuation symbol between the years of birth and death in an obituary.

On the cover of the hardback, self-published book is a color photo of the airbound Quillin in the midst of a tandem parachute jump over East County. He made the jump for his 100th birthday and called it the most exciting experience of his life.

Quillin said he's been a daredevil as long as he can remember. By age 17, he was flying biplanes and later raced cars and motorcycles. In 1931, he narrowly avoided death when he parachuted out of a plane just before it crashed in a cornfield.

"I was a thrill-seeker my whole life," he said Monday morning, just before heading up a mountain for the first of three zip-line runs. "I love that sense of exhilaration and being in the open air."

Quillin started writing his autobiography two years ago to pass his story on to his daughter, Roxane, two grandchildren and four great-grandchildren. By publishing his book at age 102, Quillin has bested the current Guinness record holder Bertha Wood, an Englishwoman who was 100 when her memoir went to press in 2006.

Quillin printed 150 copies of his book, just in case other readers might be interested. That's not hubris. Vista playwright Lance Arthur Smith found Quillin and his zest for life so fascinating that he penned a play about him last year.

"People always ask me my secret to longevity and I say it's simple: keep breathing," Quillin joked. "To me, the most important thing has been to keep looking forward and avoid too much wasted time."

Staying busy with paperwork as a property manager helped Quillin push through his grief when his wife of 68 years, Signa, passed away in November 2010. He dedicated the book in her memory and writes that the one thing that keeps his spirits up now is knowing they'll be reunited soon in the hereafter.

Around Carlsbad By the Sea, Quillin is known for his high level of activity, according to activities director Ozzie Nelson. He rises early to do calisthenics, sits in the courtyard for 20 minutes of sun each morning, is an avid walker and does all his own healthy, portion-controlled cooking. He does enjoy a good martini, but limits himself to one a month.

Quillin said he doesn't waste time watching TV because he's too busy managing seven real estate properties he owns in the L.A. area, where he spent much of his adult life.

Penny Held, another of the seniors who joined Quillin Monday on the zip lines, said she's endlessly inspired by his energy level and sharp mind.

"He's the most amazing human being I've ever met," Held said. "He's a fabulous man."

Subtitled "From Cornfields to Boardrooms," Quillin's book chronicles his unusual life story, which began on Jan. 18, 1916. At age 2, he and an older sister were given up by their impoverished parents and adopted by Guy and Rena Quillin, who were wheat and corn farmers in Colona, Ill.

By age 10, he was planting and plowing fields and his innate skill at building and repairing farm equipment led to a long career as a precision machinist.

During and after World War II, he did machine design and testing work on a top-secret atomic particle accelerator, guided missile systems, the Manhattan Project in Oak Ridge, Tenn., and nuclear testing at the Las Alamos laboratory in New Mexico.

Over the years, he's often been asked his feelings on working on the atom bomb program. He writes that his opinion hasn't changed in more than 70 years.

"I believe in my heart that if Americans had not stopped the war with Japan ... perhaps today it would be unlawful to speak English on U.S. soil," he said. "At that time, this was best for all those who valued freedom."

n later years, he ran his own machine shop and worked as a private investigator. In 1960, he joined his wife's real estate business and continues that work today.

Quillin said he's the rare kind of person who has loved the process of getting older.

"Old age is a privilege denied to many," he writes. "As always, it's all about attitude. A positive attitude may not solve all your problems but it will annoy enough people to make it worth the effort." 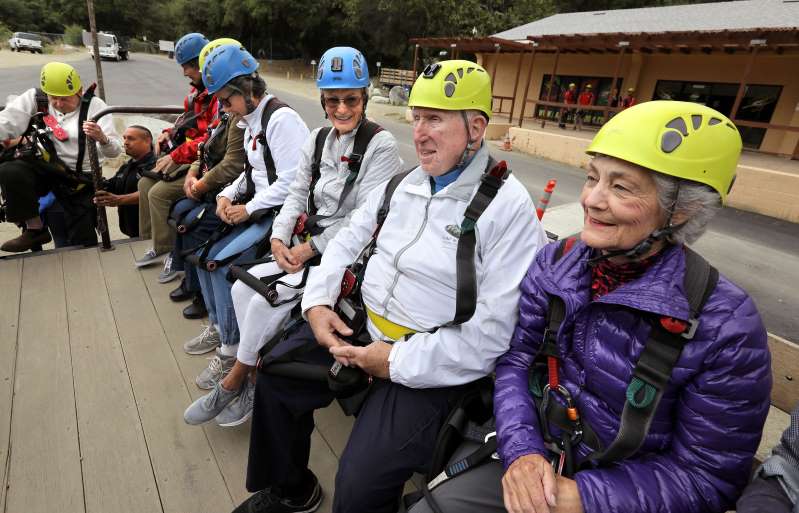