Why a 10-year-old boy idolizes umpires instead of players

In the world of minor league baseball, where most young fans want nothing more than to meet a real player, 10-year-old Vincent Stio stands alone. Vincent idolizes umpires.

"It's something that we're not really used to, so every fan we can get is a plus," umpire Reed Basner said.

"Last night, there was a time somebody said, 'Put the kid in!'" umpire Ben Phillips said.

Vincent is such a fan of umpires, he becomes one at every game. He stands in the front row at the Carolina Mudcats' stadium near Raleigh, copying their calls and mimicking their moves.

He gets so into the character, it's hard not to play along. For example, one day, the manager even came over to him to report a lineup change.

"Initially, we thought maybe it was like a little bit of a phase type of thing," his father Vinnie Stio said.

"It's a two-year phase at this point," his mother Maria Stio said.

And they say it's not just on game days -- it's virtually every day.

At home, he stands in front of the TV and does the same routine. He sleeps next to baseballs autographed by umpires. He even visited an umpire school, where he learned the proper way to call a strike, which apparently isn't to say "strike."

What is out? "Out!" What is ball? "Ball!" Strike is? Vincent laughs. I think he wanted to throw me out of the interview.

He's a great kid, which may be part of the reason he's attracted to the profession.

"All those qualities are kind of who he is," Vinnie Stio said.

Obviously, Vincent would like to grow up to be an umpire someday. But even if he doesn't, hopefully he will retain the values cherished by referees of all stripes.

And hopefully he will keep his room just as clean -- as his imaginary home plate. 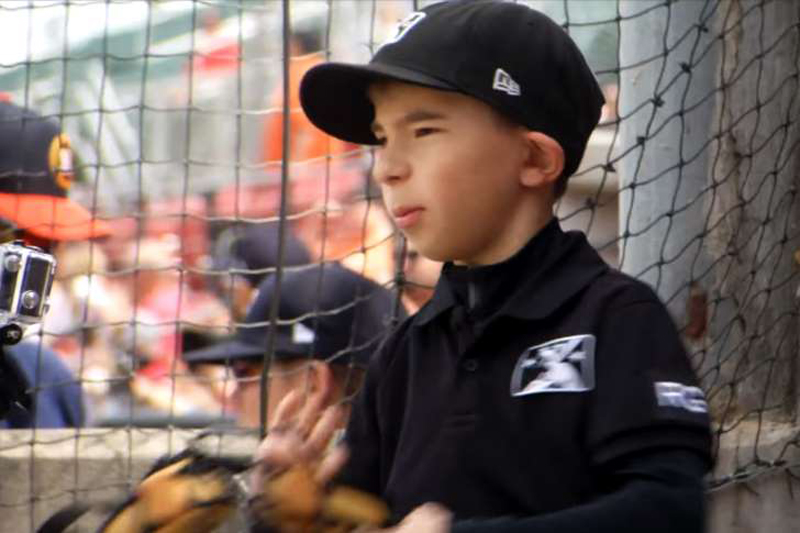