This mom never went to her prom. Her teenage son just fixed that.

Fatima Faruq didn’t go to her high school senior prom. She had a new son back then, 18 years ago, and was focused on saving money for what would be her first apartment.

Now, her son, Nassir Al-Faruq, is a high school senior. In recent months, as his own prom neared, he thought about the sacrifice his mother had made by missing out on that high school rite of passage.

And he decided to right the wrong.

She briefly wondered whether he would follow through when spring rolled around. It turns out, she said, “he was dead serious.” She told him she’d be delighted.

“I was absolutely honored to go to his prom with him,” said Faruq, who split with Nassir’s father when Nassir was 10.

Nassir said he was touched by his mother’s story of giving up her prom for him, and said he wanted to try to make up for it.

As they talked more about it, Nassir told her he wanted their outfits to match, and he wanted them to be green, her favorite color.

Faruq went to her cousin, who designs clothes, and the cousin agreed to make matching prom outfits for them.

Another friend agreed to do Faruq’s hair and makeup. A different friend said he’d take photographs.

“It was my first time wearing a wig and makeup like that,” said Faruq, who builds helicopters for the military and wears a baseball cap most days.

Photographer Dionté Wade came to their house in Brookhaven, Pa., for a photo shoot, and many of the photos quickly made their way around Instagram, even before the prom started.
a screenshot of a cell phone © Provided by WP Company LLC d/b/a The Washington Post

Mother and son arrived at the Crystal Tea Room in downtown Philadelphia on Friday night, and word got around fast that Nassir’s date was his mother. Students and teachers from Nassir’s school, Cardinal O’Hara High School, came up and asked them whether it was true. They said Faruq looked so young she couldn’t possibly be his mother.

They danced to a few line-dance songs and a Drake song. Then Faruq told her son her feet hurt and she was going to sit down. He made sure she was all right, she said, and then he went and hung out with his friends for a while. Faruq said she was happy to sit back and observe for a while.

“I talked to a couple of teachers who came over,” she said. “I was on my phone posting photos on social media.”

Some teens have been known to be embarrassed of their parents. Not Nassir. He said he couldn’t have been prouder to escort his mother to the prom.

“My mom is a cool person, she can make you laugh,” he said. “She does crazy faces. In the car when her song comes on — anything from the ’90s — she be doing some funny dances.”

Faruq said going to senior prom with Nassir more than made up for missing her prom when she was in high school.

“It was more exciting than I thought because of how it happened,” she said. “It is so surreal to me. He’s a really, really sweet guy.” 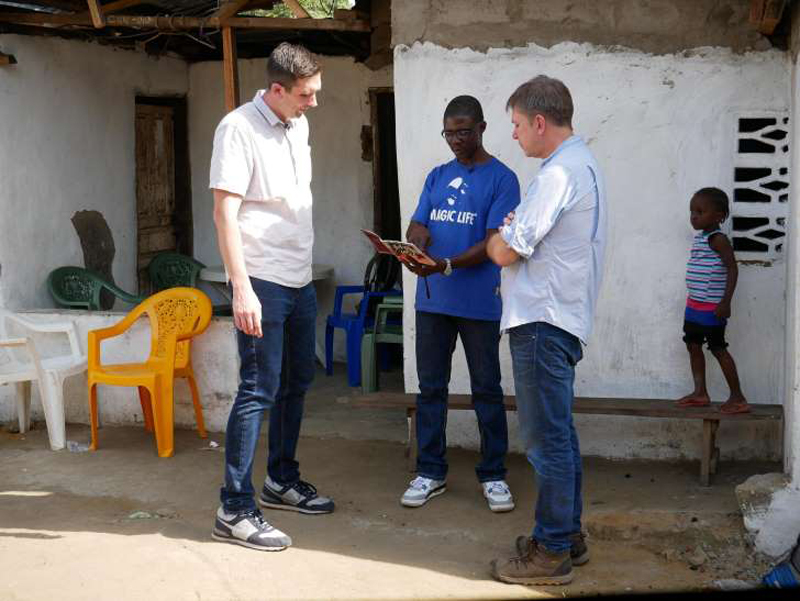