Sleeping black bear comes down from tree near home

A black bear that was spotted sleeping in a tree near a New Jersey home has come down.

The Paramus (puh-RAM’-uhs) Police Department wrote on its Facebook page Monday night that officers were unable to capture the bear. They say it was last seen wandering through the neighborhood.

Earlier in the day, animal control workers used noisemakers to try and wake the 200-pound (90-kilogram) bear and chase it out of the tree.

Animal control officer Carol Tyler told NorthJersey.com that the young bear likely was attracted by the smell of food.

Police are warning residents to stay away from the bear if they see it and call 911. Police say officers will be making extra checks of the area. 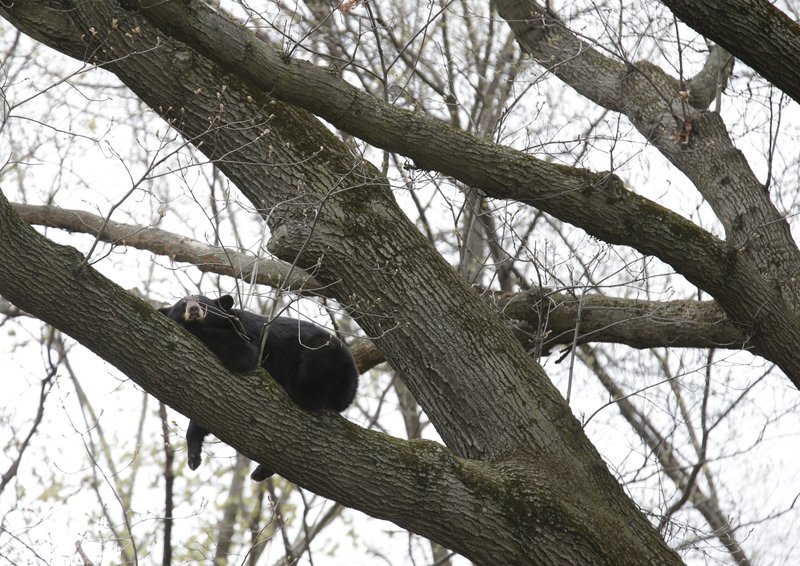