© Provided by CBS Interactive Inc. Pennsylvania Cop Drives 84-Year-Old Man to Hospital So He Can Visit Ailing Wife By Inside Edition Staff...

By Inside Edition Staff

An 84-year-old man in Pennsylvania needed to get to the hospital to see his sick wife, who had just been taken away in an ambulance.

He told Montoursville Police Chief Jeff Gyurina, who was at the scene, that he couldn't drive anymore, and had no family in the area who could give him a ride to the hospital.

Gyurina didn't bat an eye. Whenever you're ready to go, he told the elderly man, just call the department's cell number and someone will come and pick you up.

Roger Baker called a few hours later. Deputy Chief Jason Bentley picked up the phone. "I happened to be carrying the cell phone for the department," Bentley told InsideEdition.com Wednesday. "And we went to pick him up."

Baker cares for his wife, who is bedridden, around the clock. He had been feeding her when she began to choke. He was performing CPR when first responders arrived, Bentley.

She remains hospitalized, Bentley said. "It's not good," he added.

Bentley and another officer had stopped by to see Baker on Wednesday afternoon, just to check on him. "He was in good spirits," Bentley said. A woman in Cleveland, Ohio, had heard about Baker and his sick wife and called a local deli to assemble a meat loaf dinner for Roger.

She had it delivered to the police station, with instructions to take it to Baker's house. Which is exactly what Bentley did.

"It's a small town," Bentley said of Montoursville, population 5,000. "We pretty much help every body. Every body knows everyone here."

Just after ferrying Baker to the hospital, Bentley got a call "to assist an elderly woman whose Life Alert device wasn't working." She had accidentally disconnected it, so Bentley hooked it back up for her.

"We do things like this all the time," he said. 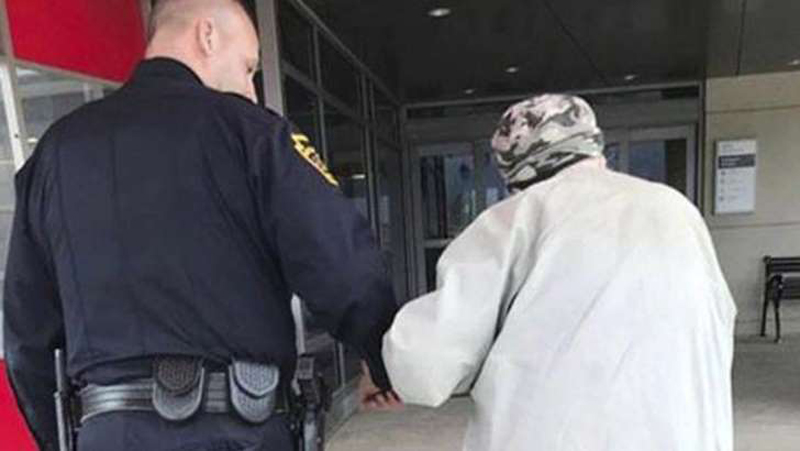