Not your typical 13-year-old runner

It all started a few years ago when Kyle Puffer decided to do a "Couch to 5K" training program to run a 5K road race.

"I remember calling the pediatrician and asking, 'Is this safe for him to do?' " Aidan's mother, Martha, said recently.

"We knew some other parents who were runners and he beat them and they were like, 'Wow,' " Kyle said. "We said, 'Do you want to do another one?' We found other 5Ks and he ran them and he just kept getting faster. He didn't run other than just racing."

On Saturday, April 14, at the BAA 5K, two days before the Boston Marathon, he found himself being called up to the podium where Hagos Gebrhiwet, the Olympic 5,000-meter bronze medalist from Ethiopia, had just accepted the silver loving cup trophy for winning the race.

Gebrhiwet, 23, doesn't speak English that well. He spoke to his translator. He wanted to give his trophy to Puffer.

Aidan is a bit of a shy kid, a typical 13-year-old who doesn't have a lot to say. But the whole thing was pretty exciting for a kid from Manchester, Conn.

"It was really incredible," he said.

"He's pretty humble," Martha said. "He's a little shy. He loves the opportunity to be able to meet these professional athletes and Olympians because of (his running). It's kind of opening some doors for him. He enjoys that. I don't think he really knows what to say when people gush over him."

Neither Martha nor Kyle are runners. They do not push their son to go out and do workouts.

"We worried about that a lot early on," Kyle said. "Like are we doing a good job (as parents)? We stressed out about it."

Said Martha: "I think the people that know him and know our family know it's him being entirely self-motivated."

Aidan, who will turn 14 in May, is an eighth-grader at St. Bridget's School in Manchester. He likes to play guitar and video games and shoot baskets in the driveway. He enjoys drawing. He's an honors student who occasionally has to be reminded to do his homework.

He also runs 30-40 miles a week, either around his neighborhood or on the Manchester High track, where he ran an easy 30-minute run recently. He has a coach in Idaho, Tom Schwartz, who coaches many younger runners, including Drew Hunter, who was the Gatorade National Cross Country Runner of the Year in 2016 and is now a professional runner.

"I don't like to coach anybody under 11," Schwartz said from his home. "I tell their parents to go let them play. I don't believe in hard training at a young age. It's well-balanced training - skill of movement and aerobic development. I don't believe in high intensity work until a boy or girl stops growing."

When Aidan first started getting a little more serious about running, it was at a parks and recreation department running camp in Manchester. Then he started going to the Wickham Park summer cross country series.

"He'd go to Wickham and he'd run the kids (1-mile) race and then the adult (2.4-mile) race," his father said. "He'd come here (to the Manchester High track) to 'Thursday Night Under The Lights' and he'd run every single race they had."

"I just enjoy it," Aidan said. "The more you improve, the more you want to get better."

Is he surprised by how much he's improved at a young age?

"I'm not really surprised," he said, "because it took a lot of hard work to get here."

Saturday, he wanted to break the record, but because the elites started about 10 seconds in front of the rest of the pack and the mile split clocks were based on gun time, he thought he was going too slow after the first mile, so he ramped it up. He finished comfortably ahead of his record of 16:11 set last year at the Downtown 5K in Providence.

Not as many people knew about that one. But Runner's World wrote a story about Saturday's race and Puffer's record and well, there you go, now people in the running world know about him.

"We're finding articles in different languages (about him) and stuff," said Kyle, bemused. "One said he's from Manchester, England and he's got a PR of 4:18 in the 1,500, which he doesn't."

Kyle said his son plans on going to Manchester High next year.

He wants to run in college. He enjoys competing in the Manchester Road Race, which is the longest distance he's run (4.748 miles). He didn't get to watch the Boston Marathon because he was in school, but he followed what happened.

And for now at least, he's not really worried about the pressure of being successful at a young age, which will accompany him as he grows older. 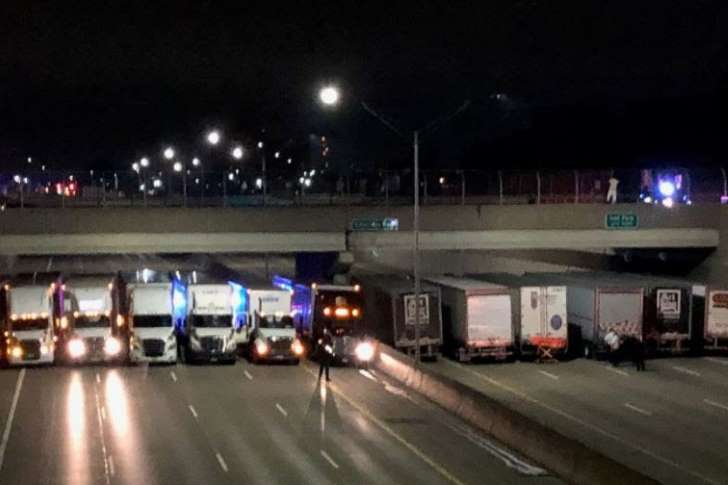