© Provided by Hearst Television, Inc. Mike Drisgill Form WBAL TV Baltimore Something as simple as swabbing a cheek can lead to saving a li...

Form WBAL TV Baltimore
Something as simple as swabbing a cheek can lead to saving a life. A Baltimore man got the opportunity to be a lifesaver when he became a stem cell donor.

He recently got the chance to get together with the recipient in a surprise meeting. He said he hopes video of their face-to-face surprise encounter inspires others.

The moment, which was captured on video, is one that Mike Drisgill likes to relive.

"That's Bruce. He is celebrating his new birthday, his second one," Drisgill said.

Bruce Becke wasn't celebrating his birthday, but rather the day a stem cell transplant saved his life.

"He's the only reason I'm here today," Becke said in the video.

The Michigan man had leukemia and that donor from Baltimore, as he tells the family next to him in the video, saved his life.

"If you look (at the video), you can see me. That's me with the hat down," Drisgill said. "It was great when he finally found out that we were sitting right next to him the whole time."

The surprise meeting confirmed what Drisgill said he already knew. The whole experience was worth it.

He said the procedure itself came with some temporary discomfort, but the payoff will stay with him forever.

"The fact that he still here today, his entire family, his new great grandson was able spend time with him. I would do it again in a heartbeat," Drisgill said.

Since Drisgill and his family started sharing their story and talking more about donations, Be The Match -- an online national marrow donor program registry -- said requests have spiked, which is why the Drisgill family wants to keep it going.

"Everybody that sees the video, everybody that asks about it, that's one more potential person that gets on that registry and could save a life," Drisgill mother, Sunni Drisgill, said.

On Saturday, the Drisgills will be holding a drive at their family-owned flooring business in Nottingham, hoping that others might get the same satisfaction Mike Drisgill got when he had the opportunity to save a stranger's life.

"One in 430 people are ever called, but just having those extra people on the registry means that we can delete blood cancer that much faster," Mike Drisgill said. 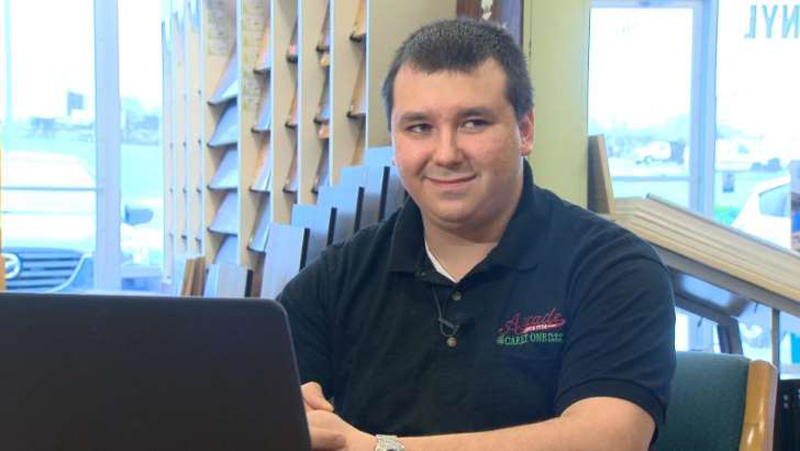