Groom Paralyzed Playing Football Walks Down The Aisle: 'The Accident Brought Me To Her'

By Caitlin Keating, People Just before sunset at the Abacoa Golf Club in Jupiter, Fla., on April 21, Chris Norton and Emily Summers exchang... 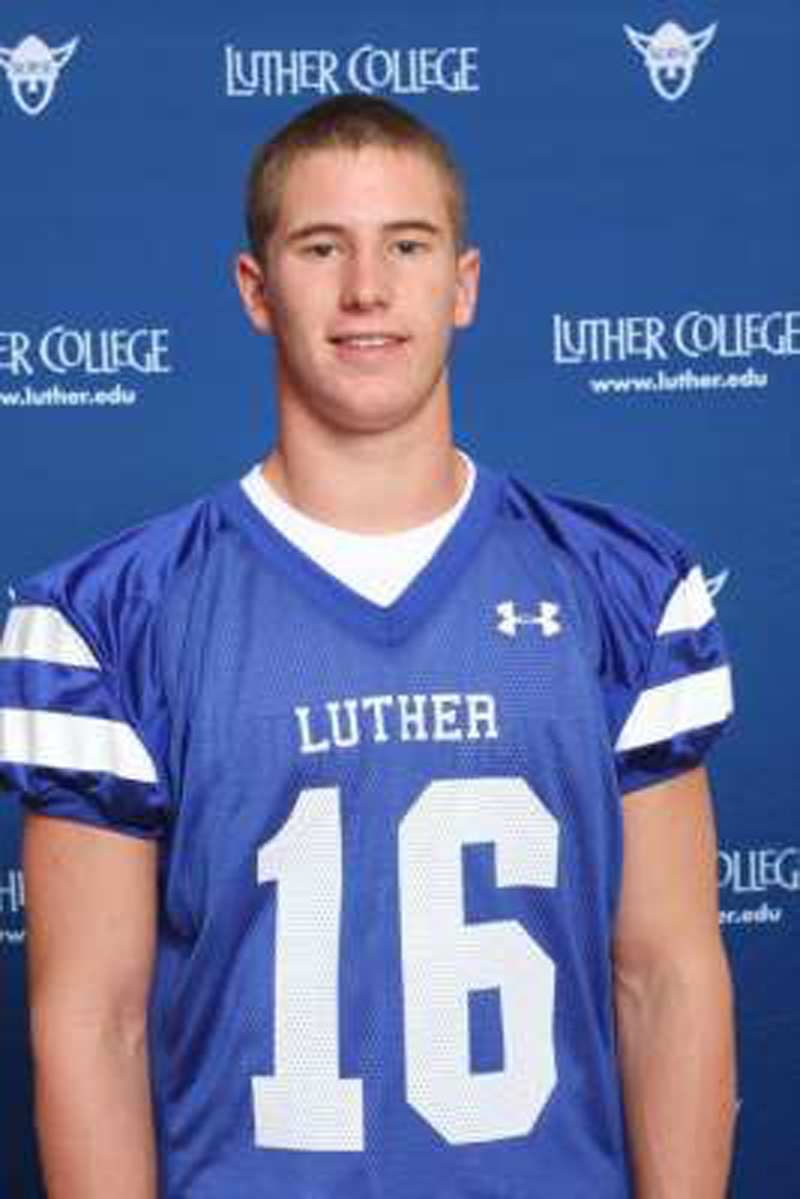 Just before sunset at the Abacoa Golf Club in Jupiter, Fla., on April 21, Chris Norton and Emily Summers exchanged their wedding vows and nearly identical white gold rings. Almost 200 guests watched tearfully as they then prepared to take the 7-yard walk down the aisle as a married couple.

They took in the moment as every bride and groom does, but for them it was extra special because it’s something Norton thought would always just be a mere fantasy. For the past seven years, 26-year-old Norton has been confined to a wheelchair after a football accident left him paralyzed from the neck down.

As Summers leaned down, she wrapped her arms around her husband and used all of her strength to pick up him out of his wheelchair.

Together, the newlyweds slowly made their way 7-yards down the aisle — a goal they had been working towards for years.

“The accident brought me to her,” Norton, of Port St. Lucie, tells PEOPLE in this week’s issue, “and that is the biggest blessing.”
The Day His Life Changed Forever

It was on October 16, 2010, just six weeks into Norton’s freshman year at Luther College in Decorah, Washington, when he was on the football field for a game against Central College. In the third quarter, he mistimed a play — one that he had been trained to do thousands of times before — which caused the 18-year-old to suffer a spinal cord injury.

Lying on the ground he remembers feeling like “someone had turned the power off to my body,” he says, while the entire stadium fell silent. “I’m trying to push [myself up] off the ground, but nothing’s working. I prayed to God to please let me just get up and walk off the field.”

After being airlifted to the Mayo Clinic in Rochester, Minnesota, he was told that he had fractured his C3-C4 vertebrae and had a three percent chance of ever moving anything below his neck ever again.

Watch the full episode of Chris Norton: Overcoming Paralysis One Step At A Time, streaming now on PeopleTV.com, or download the PeopleTV app on your favorite device.

“I wasn’t going to accept that,” he says, firmly. “I was going to be part of that three percent.”

After a year of grueling rehabilitation, with his tight-knit family never leaving his side, Norton began to regain some strength and was able to return to college as a sophomore in August 2011.

Just one year later, in 2012, he started the Chris Norton Foundation, which has since raised over $800,000 for people with spinal cord injuries.

When he got back to school, Norton’s biggest struggles and fears weren’t just caused by his physical limitations. He wondered if he’d ever find his “dream girl” who would want to spend her life with him.

“I wanted to be a dad and have a wife,” says Norton. “But I didn’t want to burden somebody with everything I needed.”

After dating a few women who he didn’t have a strong connection with he decided to give online dating a try.

It wasn’t long after setting up that profile in August 2013, that he matched with Emily Summers, who was studying at Iowa State University and, like Norton, had been raised in a close-knit family with a strong Christian faith.

“I was waiting for that girl who made me feel alive and someone I wanted to spend the rest of my life with,” he says, “and then here comes Emily. I knew she was on the one.”

Drawn to her compassion, beauty and hard ethic, he saw that she didn’t even notice his wheelchair. And for 25-year-old Summers, the connection was just as immediate and strong.

“I was extremely drawn to him and his story,” she says, “and how he wasn’t just going to give up. That’s how we first connected.”

Over the next month, Summers says she began to realize that “no matter what, things were going to be okay with him.”
In It Together And Forever

It also didn’t take long for Norton to express to Summers that he wanted to become physically strong enough to make his way across the stage at his college graduation in May 2015.

Summers, who worked for a group home for abused youth, put all of her obligations to the side, did research and heard about the Barwis Method in Plymouth, Michigan, a facility for injured athletes in Plymouth, Mich.

“It was incredible to see how motivated he was,” she says. “When he sets his mind to something, he does it. That’s why I fell in love with him.”

The night before the walk, Norton proposed and the next morning as an engaged couple they walked across the stage together as 3,000 people cheered them on. That video was seen by more than 300 million people around the world.

“The walk wouldn’t have been possible without Emily, literally and figuratively,” he says.
Their Next Goal

Norton and Summers decided then and there that they’re were going to set their next goal: To walk down the aisle at their wedding.

At the same time, the couple are also raising five foster children — something Summers has always wanted to do — who are all under the age of eight.

“What I love about Emily is that she has the biggest heart in the world,” says Norton, who works full time as motivational speaker. “She has so much compassion and empathy.”

While training for the walk, Fotolanthropy, a non-profit organization that celebrates stories of hope of those who have defied odds, started to work on a documentary about Norton, Summers, and their ambitious goal to make it down the aisle. The organization needs $250,000 to finish the film and already raised over $111,000. At the wedding, they were to document every moment of the day.

The newly married couple wants to continue to “give people hope and inspiration that they can overcome anything they’re going through,” Norton says.

He adds: “There have been a lot of moments where we’ve struggled. But anything is possible if we don’t give up. We want to be an example that life can be remarkable. I’m so blessed and happy with where I am.”