A Florida retiree has caught a blue catfish weighing 50 pounds more than the state record - a 120-pound behemoth so massive that Joel Singletary's first concern was how he would haul the fish over the rail.

"I was shocked. I didn't think I could get him in the boat," Singletary told the Panama City News Herald. "The adrenaline took over."

The surprising catch occurred April 11 on the Choctawhatchee River. News reports began surfacing this week after the Florida Fish and Wildlife Conservation Commission (FWC) acknowledged the catch and awarded Singletary a certificate from its Big Catch program.

Chris Paxton of the FWC described the catfish as "an enormous animal."

The Florida state record for blue catfish is 69.50 pounds. That fish also was caught on the Choctawhatchee River.

Singelatry's catch (120.35 pounds) does not qualify for a record, however, because it was caught on a multi-hooked trotline he had baited the day before, instead of a rod and reel.

It still remains one of the largest blue catfish ever caught.

(The International Game Fish Assn. lists a 143-pound blue catfish, caught in Kerr Lake in Virginia in 2011, as the world record.)

When Singletary returned home he had to rig pulleys to haul the fish from his boat, and hang it from his dock rafters.

He told the News Herald that he cut the catfish into fillets and donated part of his bounty to the hosts of a weekly fish fry. 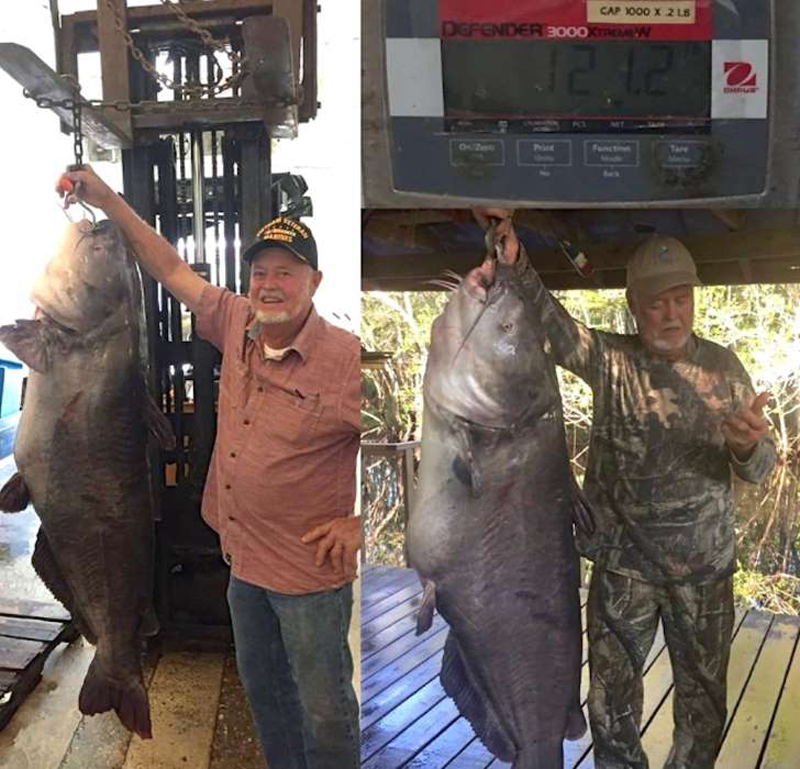