Florida: Gator in backyard pool as reptiles warm to spring

Florida homeowners beware: one big gator has been found splashing in a backyard swimming pool and it took a trapper to drag it away.

With temperatures warming, the Florida Fish and Wildlife Conservation Commission warns that the state’s estimated 1.3 million gators are becoming more active — and should be treated with “caution and respect.” There’ve been at least two other gator sightings in yards recently, one mistaken for a burglar.

Injuries from alligators are rare, but the commission urges swimming only in designated areas of rivers and lakes.

As for backyard swimming pools, it makes no mention. But for some homeowners, that too is “swim at your own 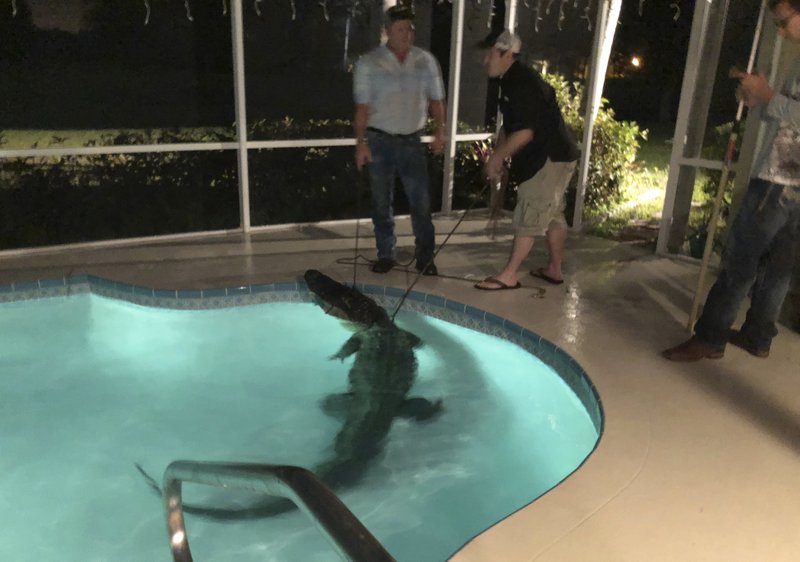