By Grace Wong , Chicago Tribune While most of us are accustomed to throwing in a 20 percent tip for great food and service, a Seattle man ti... 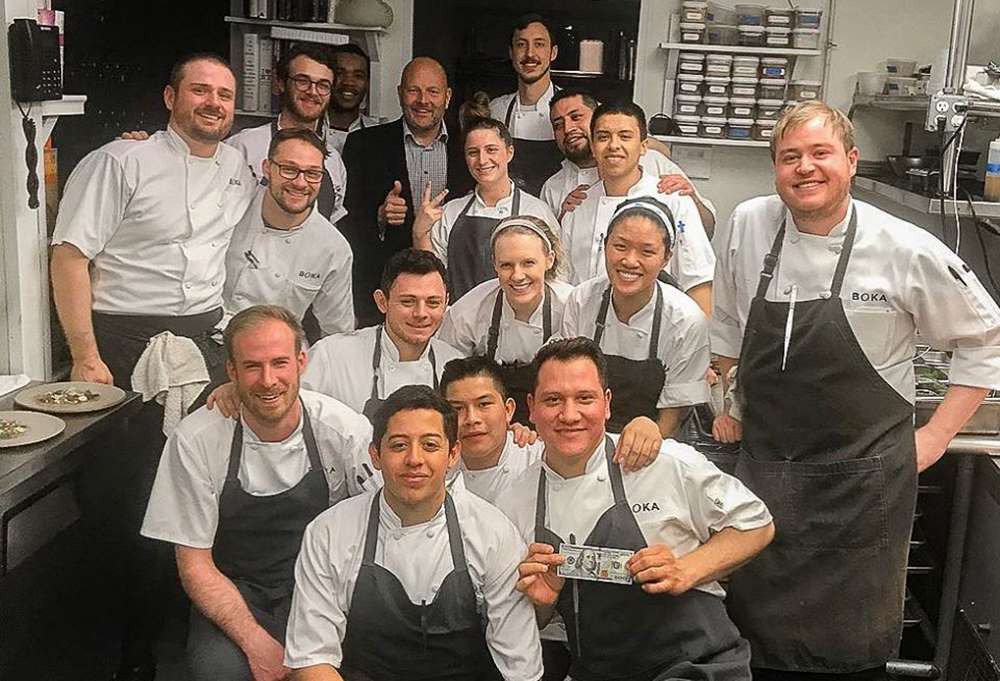 While most of us are accustomed to throwing in a 20 percent tip for great food and service, a Seattle man tipped 260 percent Sunday night at Boka.

"Mike" from Seattle tipped $300 on his $769 meal (or 39 percent) before going into the kitchen and giving each of the 17 kitchen staff members a $100 bill, praising them for the service and food. His last name was unavailable.

"It was amazing to have that happen unexpectedly and randomly, and for someone to show that amount of appreciation," said Jon Leopold, the Boka general manager. "It's not just about the money but spending time with people in the kitchen and telling them how wonderful of a meal it was and how important it was for the cooks to be doing what they're doing."

A spokeswoman for the restaurant said "Mike" and his five dinner companions were having dinner before attending a show.

Lee Wolen, executive chef, said many people don't realize that staff members come in at 10 a.m. to complete less glamorous duties, like scrubbing pots, and to have a customer appreciate their work and reward them monetarily was an encouraging experience.

While the restaurant's staff has had people tip more than the traditional 20 percent and even buy the kitchen a round of beer or shots, the $2,000 tip was the most generous the restaurant has ever seen.

"It was definitely a rare experience that I think everybody was happy to be a part of," said Brianna Meyers, sous-chef. "I've never seen anything like that before."