By Ben Hooper , UPI. A Georgia collector who bought a stash of retro Nintendo games at a flea market discovered two of the cartridges were...

A Georgia collector who bought a stash of retro Nintendo games at a flea market discovered two of the cartridges were filled with packages of drugs.

Turner said his interest was piqued when he noticed one of the cartridges, Rollergames, was the European/Australian PAL release. He said the game, and a copy of Golf, were also found to weigh about 50 percent more than they should have.

Turner opened the two cartridges and discovered they contained small packages of what appeared to be narcotics.

The Newnan Police Department opened an investigation into the discovery and detectives said the packages appear to have been inside the cartridges for a very long time before they ended up at the market.

Turner said he was researching his unusual discovery and found out that another copy of Golf purchased by a collector a few years ago was found to be filled with $5,000 cash in bills that dated from 1985. 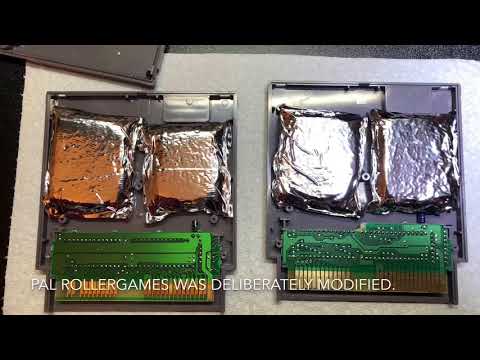