By Ben Hooper , UPI A former Ringling Bros. circus clown said he is hoping his next career move will be to join another group of "clown...

A former Ringling Bros. circus clown said he is hoping his next career move will be to join another group of "clowns" -- Congress.

Steve Lough announced he is running as a Democrat for South Carolina's 5th District seat in the U.S. Congress, going up against two other Democrats and incumbent Rep. Ralph Norman, R-Rock Hill.

Lough, a graduate of Dartmouth College and Ringling Bros. Barnum & Bailey Clown College, is integrating his clowning expertise into his campaign, including the name of his website: ClownForCongress.com.

[post_ads]"They joke that the president and Congress are all clowns," The State quoted Lough as saying in his campaign announcement. "Well, in my professional opinion, they are the worst clowns I've ever seen."

The big issues Lough is highlighting with his campaign include single-payer healthcare and gun reform, which he said was inspired by the Sandy Hook Elementary School shooting in Newtown, Conn.

"For the next six months, I couldn't sleep, felt depressed, and every time I worked with a 6-year-old volunteer in the show, I was reminded of the horror of that day in Newtown," Lough said. "When none of our gun laws changed, I got mad."

Lough, who said he volunteered for Barack Obamas 2008 and 2012 presidential campaigns as well as Bernie Sanders' campaign for the Democratic nomination in 2016, will face off June 16 in a Democratic primary against Archie Parnell and Mark Ali. 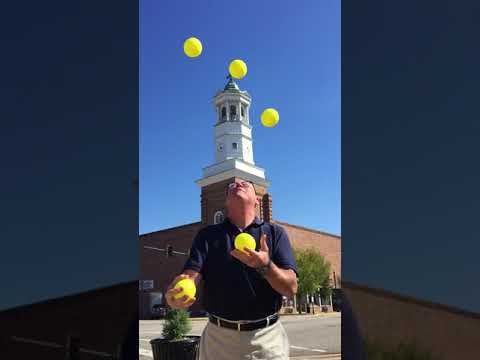