An animal rescuer in Britain was called to a hotel to help a cat that wedged himself between a pair of automatic glass doors. Photo courtesy...

Animal rescuers responded to a hotel in England where a small cat became wedged between two automatic glass doors.

Phoebe Nyatsambo, assistant operations manager for the Premier Inn in Luton, Bedfordshire, England, said she was working the morning shift Wednesday when she "spotted a small cat outside the sliding doors."

"It was raining quite heavily and he looked a bit cold and wet, huddling to take shelter in the covered area outside," Nyatsambo said.

[post_ads]Nyatsambo said she went to look up the phone number for the RSPCA to have rescuers pick up the feline, and when she returned to check if the cat was still there she found it had somehow crawled between the automatic doors and gotten stuck between the panes of glass.

Wright carefully pulled the kitten out of its hiding spot and took it to a veterinarian, where it was dubbed "Lenny" by staff.

"It's not clear whether he's a stray or a lost pet and, unfortunately, he isn't microchipped so I've put up posters in the area to see if we can find an owner for him," Wright said. "He's a lovely cat and, thankfully, appears to be in fairly good health." 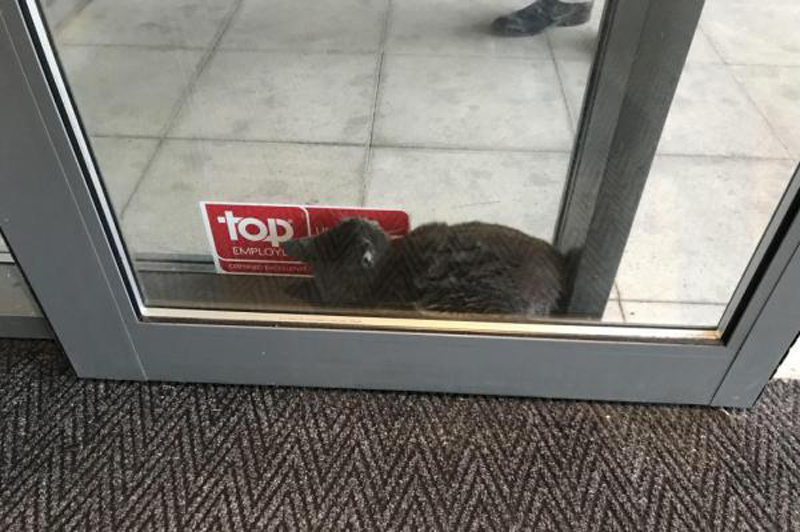